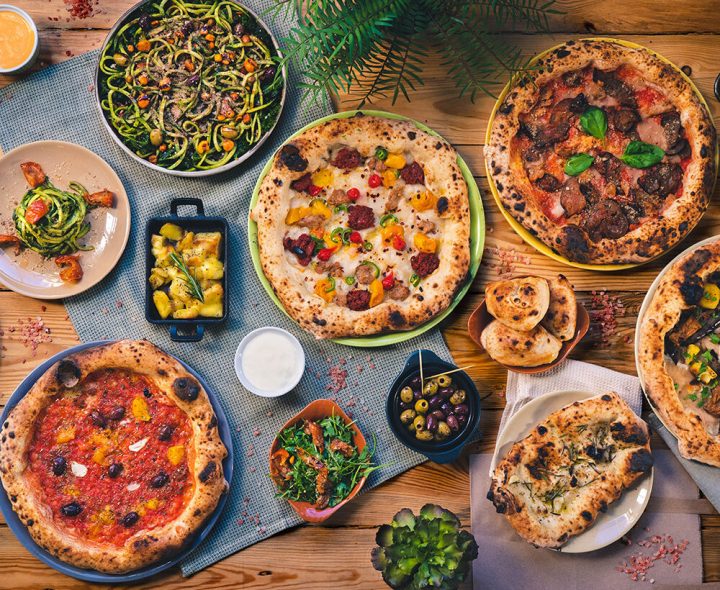 8 Vegan Friendly Restaurants To Check Out

It’s World Vegan Day today! If you’re experimenting with a plant-based diet, are a long-term vegan or even just want to make sure your vegan friend feels involved when going out to eat, we’ve put together a short but tasty list of vegan friendly restaurants in London that you should check out.

From a Michelin-starred vegan fine-dining restaurant to pizzerias to London’s best vegan fish and chips, we’ve made sure to cover most of the bases so you or your friend won’t be picking at a bowl of grilled vegetables the next time you go out again!

8 Vegan Friendly Restaurants in London That You Must Try

Alexis Gauthier earned a Michelin star within the first year of opening Gauthier in Soho and as of June this year, he has made the restaurant entirely plant-based. The seasonal tasting menus are filled with exceptionally good dishes like the red carrot tartare and the autumn black truffle risotto. This is definitely one you want to save for a special occasion.

We’re all a fan of Korean food but it doesn’t mean you get to miss out on all the fun if you’re a vegan! Korean BBQ and Vegan in Barbican serves a menu filled with both halal and vegan options from vegan toppokki to bibimbap to jab chae!

Fancy slurping away at a bowl of hot udon? Look no further than Koya who serve a vast number of vegan and vegetarian dishes on their menu. We’ve heard rave reviews about the vegan curry udon dish as well as the miso and walnut udon noodle bowl.

Having first opened in Brighton, Purezza made it’s way over to Camden and is London’s first vegan pizzeria with pizzas so good you wouldn’t believe they are vegan! Start your meal with the garlic sourdough or the cheesy doughballs before being faced with a tough of decision of which one of their tasty pizzas to go for.

Whilst many Ethiopian restaurants dotted around the country offer plenty of vegetarian and vegan options, Andu is the first vegan Ethiopian establishment in the UK. You can find all the usual suspects like the misir wot (lentils cooked in berbere sauce), shiro (slow cooked split peas cooked with garlic, tomatoes and olive oil), and ater kik (split peas simmered in a herb sauce with turmeric), all ready to be scooped up with the tangy injera (bread).

If you’re in the mood for a good chippie, Sutton and Sons are known to serve London’s best vegan fish and chips and have an entire vegan menu that is similar to what you would find in a regular fish and chips joint. You’ll be able to get a Tofish or fried banana blossom that has been marinated in seaweed and samphire plus the usual sides of chips, curry sauce, mushy peas and lots, lots more.

Shree Sai Vada Pav is an Indian vegetarian restaurant serving up some of the best Indian street food you will find in the country. Opt for the classic vada pav – a fried spicy potato dumpling served with chutney in a toasted bun – and the pani puri as a quick snack on the go.

A hot, steaming bowl of dan dan noodles sounds ideal right about now. Homemade, hand pulled spicy sesame and peanut noodles topped with minced cucumber and pak choi – a guaranteed hug in a bowl. Pair it with the omnipork dumplings with spoonfuls of chilli oil.

Mooshies has always been a firm favourite over here at HGAT; from their “What’s Your Beef” burger to their “cheese” sticks, their menu won’t have you missing meat anytime soon. If you’re visiting for the first time, we suggest ordering the fillet-om-phish – a fun take on the Mcdonald’s classic fish burger but with a panko fried aubergine fillet, vegan cheese and tartare sauce. 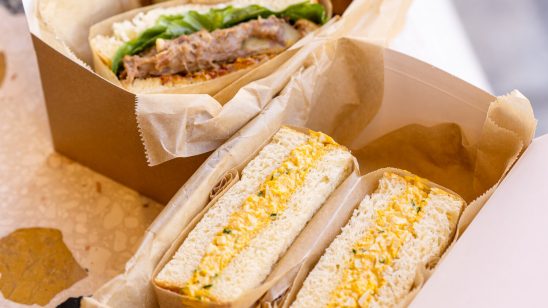 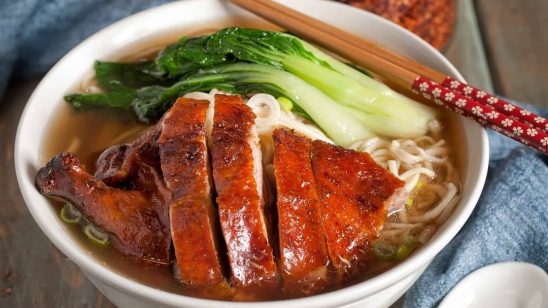 Where to find: Halal Duck in London