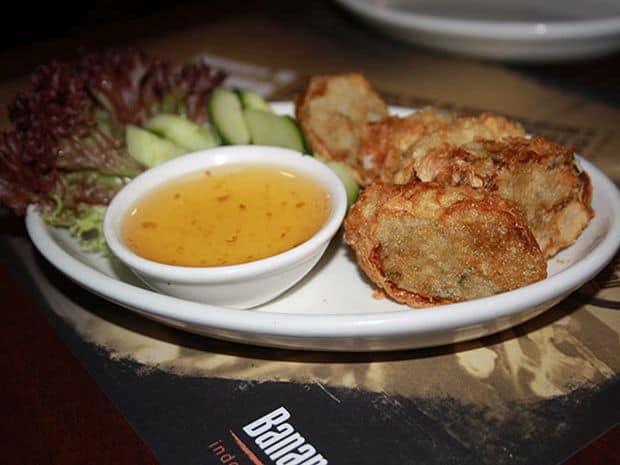 In such a diverse city it can be super difficult trying to decide on one particular cuisine. Being the indecisive girl I am, I couldn’t pick just ONE cuisine; I managed to find a restaurant that smooshed (a word that exists in my dictionary) about five varieties into one. This Indochinese gem is a pot full of Malaysian, Vietnamese, Thai, Cambodian, Singaporean and Laos-ian (yup, not a word either) forms a vibrant melody all in a single menu.

With an abundance of cuisines in a single menu it becomes a little overwhelming trying to decide what to eat. Thankfully I went in with a large party so even though I played it safe with my dish, my brother, B, was able to stretch past his limits and order some seriously risky numbers. While most of us ordered our boring soft drinks, brother B ordered a lychee genius, or the “Lychee and Lemongrass Cooler” as it’s actually called. This genius concoction of white and pink fluid truly is not only appealing to the eye but is also cooling and thirst quenching.

Surprisingly Banana Tree was able to put a high-class spin on long strips of processed meat by finely crumbling spiced beef on top of crispy crackers that simply melts in your mouth.

This came hot and juicy on the stick with chunky peanut sauce on the side. In all honesty, i have never been a fan of satay chicken but this version came so close to turning me into a diehard fan.

Sweet and peppery, it confuses your taste buds – you aren’t sure if it is sweet or savoury. Each roll is composed of a mixture of yams, prawns and chicken with a splash of plum sauce. But each component complements each other well preventing the overwhelming sweet residue that can often build up on your tongue when using the regular sweet chilli sauce.

For all the duck lovers out there, this dish is cooked to perfection. Crispy duck, once controversial meat in the Halal community, it definitely caused a controversy in my mouth. From a massive mix of sweet and salty to the tender and occasional crunch, I continued to devour pancake after pancake. I did not want to stop but only then realised that the rest of the group needed food too. I couldn’t help but to laugh embarrassingly and pass on the duck, well what was left of it that is!

Strike one in my book. Not a hit with the clan (except of course my chicken-loving sister who devoured the leftovers) but others have declared it the best dish in the restaurant. In my opinion I tasted better dishes that night, so I’m leaving this open to debate. So for those who have been here before, let me know your thoughts.

The name alone sounds mouth-watering. On the menu it has a blunt description of “Absolutely Yummy” and that’s what I’m leaving it as.

King of Curries requires five hours of cooking. FIVE HOURS! The slow cooking makes the meat so flaky that it falls apart at the slightest poke with your fork. It is so unbelievably juicy that we were fighting for the last piece of meat.

The presentation alone made these dishes taste fantastic. A lot of time and effort had obviously been put into each meal with its appearance making you appreciate it that one bit more.

Despite the size each dish appeared they still managed to feed six people, so keep this in mind when ordering food. There’s no pork on the menu, which is a plus, however it is an alcohol-serving establishment. The restaurant has won an award for being the “Best Value Restaurant” in London and although the bill was over £100, which seems pricey, it was very reasonable for the amount we ordered, which was enough to feed a large group.
The atmosphere is dim, spacious and at the same time intimate in which you wouldn’t get disturbed by the neighbouring table. The casual atmosphere lures you into sitting for hours, as there is no pressure to leave.
There is only one halal establishment which is the branch in Bayswater. If you’re looking for a tasty Malaysian dinner then try C+Rs, which is down the road from Banana Tree in Bayswater and an all time fave of mine (review coming soon). All in all, Banana Tree is a perfect restaurant to take your significant other, your family, or your friends for a fusion of flavours like no other.

The website clearly states a halal status at the bayswater branch only. This has been verbally confirmed by staff. 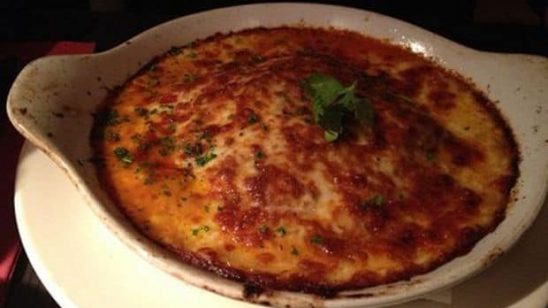 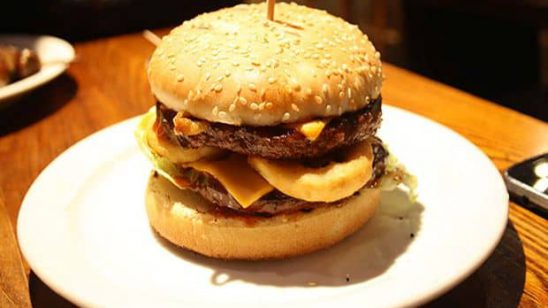