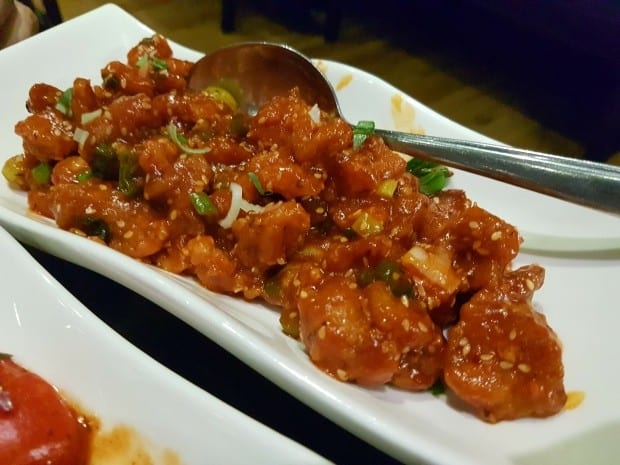 When BW and I were dating, I had booked a holiday to the States for three weeks to hang out and spend time with my amazing sister. Basically, I just ditched him. Little did I know, he had called up my parents and invited them out for dinner. Not just any dinner, he wanted to ask for my hand in marriage.

He wanted to take them somewhere that would please them, yet not make them think he’s trying too hard, so he decided on Royal China. My parents on the other hand, being the sweet and simple people that they are, wanted to try Blue Ginger; a popular and busy restaurant in North Harrow that all their friends were raving about. So BW agreed, and the three of them ended up having a good THREE HOUR long meal there, with only a short 5 minute mention of me.

Fast forward one year, a humongous wedding, and another three years later, we were driving home from my parents and happened to be passing by Blue Ginger. Feeling a little nostalgic, BW asked if I fancied some Indian and on the whim, we pulled in to the parking lot and went inside.

I feel like papdi chaats should be ordered as benchmark to see how good the restaurant is. Blue Ginger’s just wasn’t good; the lentil and potato mixture itself was under seasoned, and it was quite dry. I was flabbergasted to find such a simple, easy dish so poorly executed.

Small chicken pieces that had been fried, doused in a sweet, sticky honey and chilli sauce, and sprinkled with sesame seeds. I would have liked the chicken to be crispy as mentioned in the menu title, and felt that it needed a surge of flavour, perhaps a kick of spice, to make it really delicious. It wasn’t bad, but I’m not sure I would order this again.

Unfortunately, these tandoori lamb chops were not the most photogenic dish of the evening. 5 large, thin chops arrived and although they weren’t bad in flavour, they had been overcooked and thus had become extremely chewy.

I love chilli paneer; crispy cubes of cheese that have been fried and tossed with a sweet and spicy sauce, spring onions, and red chillies, yummmm. I really, really enjoyed Blue Ginger’s version of this, so much so, that I was happy to take it home for lunch the next day.

A humongous bowl (think boat sized) filled with a spicy and chunky yellow dahl. This was my absolute favourite out of all the dishes, and I couldn’t get enough of scooping the creamy, comforting dahl with a piece of buttery naan [£2.85].

The total bill amounted to £56 for two people, including drinks and service, so £28 each. It may seem pricey, but have you seen the size of the portions? We had definitely over ordered as each dish seemed to be enough for a family of four to share, so keep this in mind if you’re planning a visit here. I was also surprised to find that the vegetarian options (minus the sev papdi chaat) fared much better than the meat dishes!

Overall, it was okay, although I wouldn’t be in a hurry to go back. I now realise what a lovely husband I have for sucking it up and to this day, defending my parents’ dinner choice. It was better than that time we had to go to Royal Nawaab he tells me, with a smile on his face (again, another one of Dad’s friend’s recommendations which I wasn’t the biggest fan of). 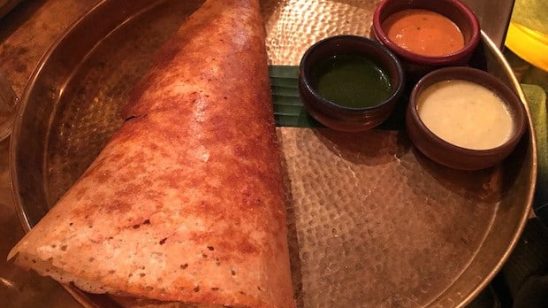 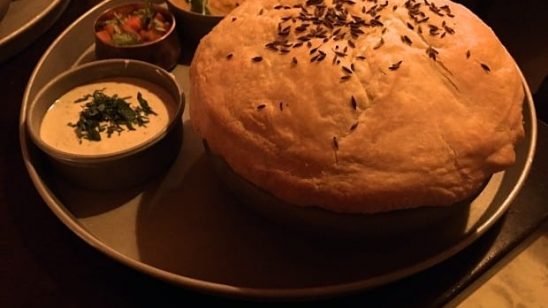