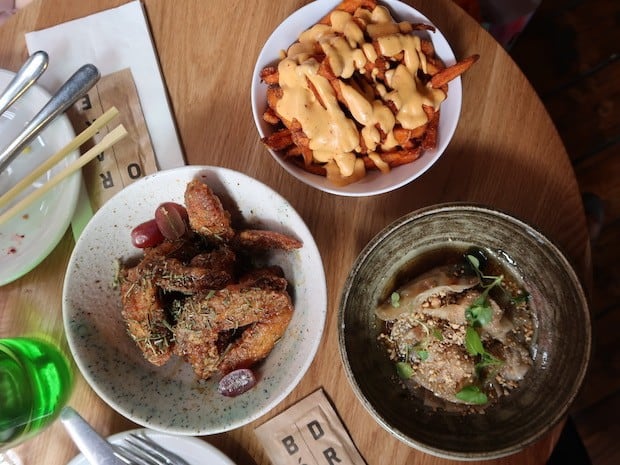 **This restaurant has now closed**

Growing up, I was extremely shy. From hiding behind Mum when an Aunty would say hi at mosque to turning bright red around the cute boy at primary school, any form of social interaction would make me run. Thankfully, things have improved since I’ve gotten older; I’ll have you know that I pursued BW, not the other way around. However, put me on a live show (like the time I went on BBC Radio), in an important meeting, or even asking what my favourite restaurant is in London, and I become a babbling mess.

Which brings me to today’s review. I had been invited for an interview (the horror!) by the lovely Soumaya Hamdi of International Interest, a travel focused website aimed at British Muslims looking to explore the world. We had agreed to meet at Bo Drake, a Korean restaurant in London serving halal, for lunch, and although she had sent me the questions beforehand, I still managed to waffle through every single one of them. Well, at least we had the food to look forward to.

Bo Drake’s kimbap, i.e. Korean sushi, used rice and seasonal crispy vegetables, all wrapped up in seaweed paper, drizzled with a spicy kimchi honey, and topped with crispy shallots. As well as being aesthetically pleasing, the crunchiness from the vegetables and shallots really stood out to me, and the spicy and sweet sauce added a bang of flavour. A great start to the meal.

A bowl of steamed gyoza that had been stuffed with kimchi and ricotta cheese, scattered with mushrooms and cashew nuts, and dressed with a browned butter and balsamic vinaigrette. The richness of the ricotta and the kimchi’s punchiness balanced each other well, with the nutty yet sharp dressing finishing it off quite nicely. However, I found the gyozas fell apart easily, and became greasy having sat in the dressing .

Crispy, fried chicken wings coated in a sweet, sticky, soy garlic sauce, and scattered with grapes and rosemary. Upon first impression, the grapes and rosemary seemed a little random, and don’t get me started on the double-jointedness of the wings (my absolute pet-peeve) with intact wingtips too! However, biting in to the deliciously crunchy sticky skin changed things, and I was hungry for more. So much so, that I ordered a second batch to take home and devour. The rosemary added a nice piney aftertaste to help cut through the garlicky marinade, and the grapes provided a burst of sweetness.

Sweet potato fries that had been topped with a creamy thousand island dressing. The fries could have done with a little longer in the fryer to become crispy and seasoning to really stand out. The tangy sauce was a nice touch and helped to add flavour to the bland fries.

The total bill amounted to approximately £50 for two people (plus an extra portion of wings), including service but no drinks, so £25 each. A little pricey for lunch in my opinion, but that’s central London for you. The service was a little abysmal with the waiter barely understanding our questions and being generally unaware of the restaurant menu himself. Despite this, I found the food to be tasty and different (halal Korean food in London – woo!), but with only two halal dishes on the entire menu, it can be a little limited for us halal eaters.

If you want to read me waffle on about HGAT, head to International Interest for the full interview and general London sightseeing tips.

P.S. The chicken is stored and cooked separately to non-halal products in the kitchen. The KFC and the Ssamjang Smoked Chicken are the only halal options available. 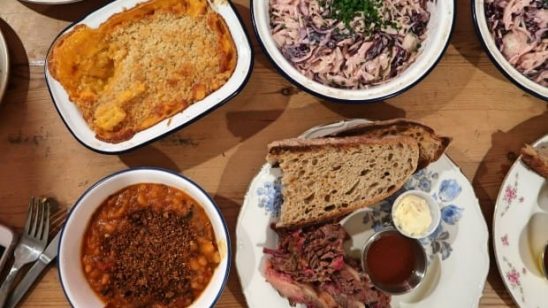 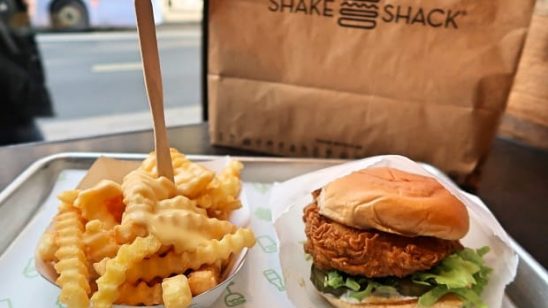