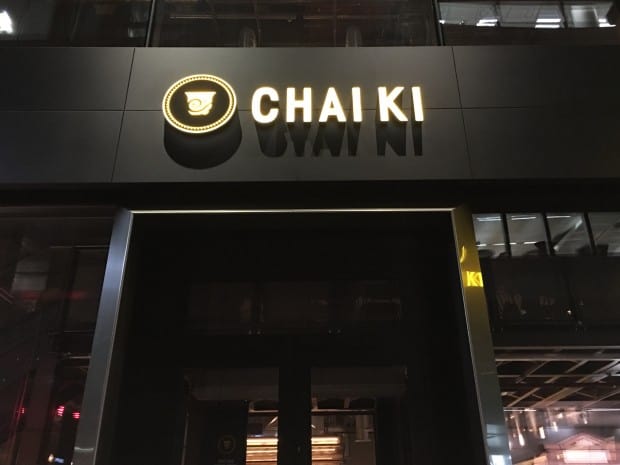 BW is the type of guy who is organised, or borderline OCD should I say. Me, on the other hand, I am incredibly unorganised, a total messpot, and I can’t sit still. I guess over our marriage, BW has become a little lax (staying up past 11 to watch Suits, and not without a fuss) and I’ve learnt to be a little neater (only my side of the room is a bomb site now). Just as he is particular, he is also very much stuck in his ways. If he finds something that works, he’ll stick with it, and when it comes to Indian food on the go it HAS TO BE Roti Chai. I try to explain that there are other places which offer a similar concept but no, there is no reason to deviate from Roti Chai. But then I had an idea.

Chai Ki is Roti Chai’s new sister restaurant, alllll the way in Canary Wharf – woah, this was WAY out of his comfort zone. The restaurant is large and spacious taking up two levels, and serve an all day menu to the entire floor up until 5:30pm where they then serve two different menus just like Roti Chai. After 5.30pm the main level serves the dinner menu where you can expect various curries, whilst the smaller first level carry on with the all day toddy menu that has more casual food options. Looking for a quick bite, we opted for the street food menu on this occasion.

The pictures are a little terrible due to the really low lighting – sorry guys!

Milky tea that was sweet and aromatic, and the perfect accompaniment for our meal.

A lychee based mocktail was refreshing, fizzy, and light.

A little different from your typical chaat, Chai Ki’s version incorporated fried sweet potatoes instead of normal white potatoes adding a sweet element to the dish. The chaat had the perfect combination of creaminess from the yoghurt, the imli’s tanginess, and the crunchy papri, yet I felt like something was missing to really complete it and I guess it was the use of white potatoes. The sweet potatoes were a nice touch but became a little chewy as we made our way through the dish.

If you’ve been to Roti Chai, you’ll be familiar with their popular chicken lollipops; Chai Ki have also  introduced these on their menu but with a more sweeter twist. The batter, for starters, was a lot thicker and therefore, when deep-fried, meant a slight crunchy finish whilst allowing the chicken to be soft and tender still. It had then been glazed with a deliciously sweet and sticky tamarind sauce, and sprinkled with spring onions. The lollipops had become slightly soggy towards the end of the meal but were still moreish.

Puffed rice, potatoes, and onions mixed with tamarind sauce and topped with crunchy sev. They had also thrown in pomegranate seeds to add some tartness to the sweet dish.

Pieces of chicken that had been battered, deep-fried, and tossed in a sweet and spicy szechwan sauce with peppers and onions. The chicken pieces were soft with a slight crisp layer and packed a subtle heat that started to intensify the more you got stuck in. It was the best dish of the evening!

A fluffy, toasted naan that had been topped with chicken tikka, peppers, onions, coriander chutney, and yoghurt sauce. The tikka was deliciously tender and full of flavour, and the chutney added a spicy punch, however, I felt that it was unmemorable on the whole.

Thin, crispy chips that been dusted in a masala powder. It had been served alongside a creamy, spicy mayonnaise.

The total bill came to £52.08 so approximately £26 each including drinks and service. Not absurdly expensive especially as we had definitely over-ordered between the two of us, and left the restaurant stuffed! The service at the front was not that impressive with a frowning maitre’d but the serving staff were really helpful and the food arrived quickly.

Both Roti Chai and Chai Ki are good restaurants offering varied and interesting menus. Whilst Roti Chai excel at their chicken lollipops, bun kebab, and pani puri, Chai Ki manage to impress with their version of chicken lollipops and the fantastic burnt chilli chicken. However, when it really comes down to it, I rather visit Roti Chai (haha BW will be happy). I felt that Chai Ki’s all day menu was a little heavy on the chicken and not a lamb dish in sight, plus Roti Chai had more to offer our halal palates with their dinner menu. I also have to point out that Chai Ki is quite the distance to travel whereas Roti Chai is just down the road for me! Having said that, Chai Ki is a fun restaurant and is worth visiting at least once to see what they’re about!

Click here to see my review on Roti Chai’s Street Food and here to read about their Dinner menu. 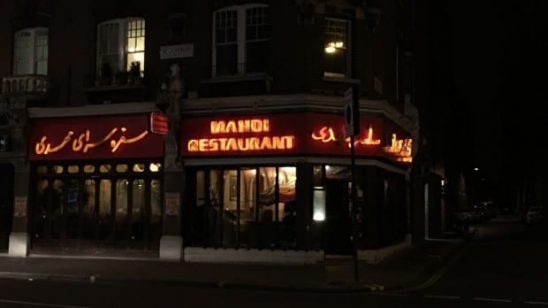 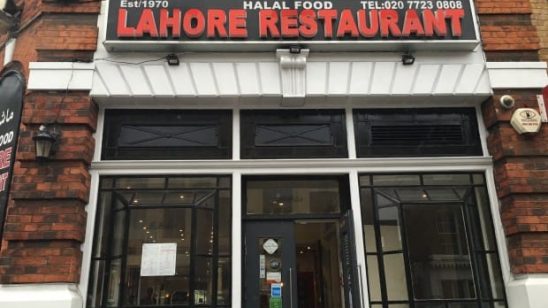