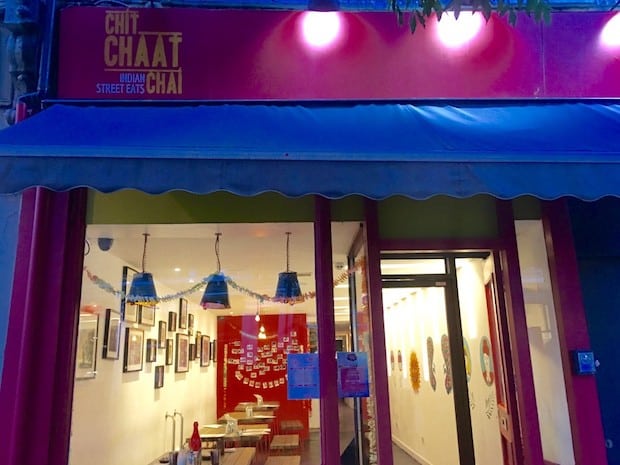 Since purchasing a FitBit a few months ago, I’ve been determined to rack up those steps. Mainly, to somehow offset all the eating I’ve been doing, but also because I HAVE to be at the top of the weekly steps leaderboard and ahead of everybody else! Yes, I’m competitive like that. So when I set up a lunch date with my lovely friend, MM, I decided to get all those steps in and make the journey across the river to Wandsworth, by foot!!!

Of course, I ran super late, and ended up taking a bus across the river instead. We finally found ourselves and made our way to Chit Chaat Chai. Hungry, we sat down and were quick to order. 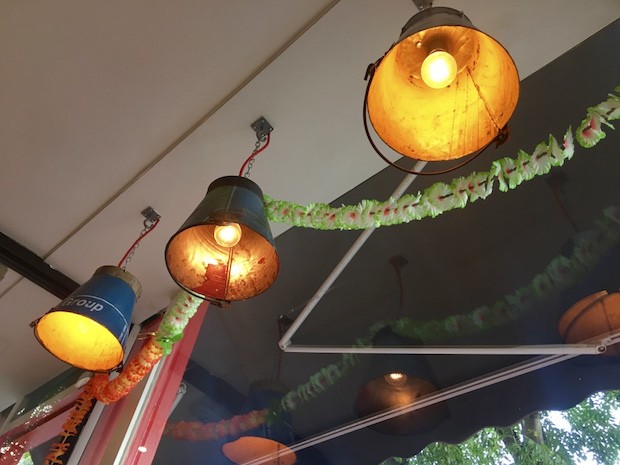 I opted for the chaat lassi whilst MM went for the mocktail. Whilst the lassi was a let down due to needing a lot more chaat masala, the mocktail was a real kicker. Made using tangy passion fruit and lime juice as a base, with a sweet tamarind syrup and hot chilli to help balance out the sourness, this drink was a refreshing, spicy way to start our meal off.

A massive cone arrived stuffed to the brim with bhel; puffed rice mixed with lentils, sev, pomegranate seeds, and coriander. We poured the colourful bhel out of the cone and got stuck in. Albeit there being the tangy tamarind sauce to add some moisture, I found the bhel to be quite dry.

Crispy puris that had been filled with a chana and potato mixture, served with a jug of jeera flavoured water. Decent, but the pani needed more jeera and generally a kick to give the little puris an oomph.

Lady fingers that had been dredged in a well-seasoned gram flour and fried. These were crunchy, flavourful, and so moreish that I couldn’t help but to finish them all.

Buttery, toasted pau that was served with a huge helping of keema, and chopped salad on the side. My first instinct was to make a mini keema slider because, well, I had all the essentials!

The keema was delicious; aromatic, with just the right amount of spices.

Cute mini spicy potato patties that were smothered with a chickpea curry, yoghurt, and a good helping of the ambli and green chutney. This was our favourite dish as every flavour just popped out at you, from the sweet, crunchy pomegranate seeds to the subtle kick from the green chutney, it was a party in your mouth!

If you’re unfamiliar of the concept, a kati roll is a flaky paratha roll filled with either a vegetarian or meat (filling), and is the ideal pick-me-up when you’re on the go. Although I found the paratha to be quite stodgy as opposed to soft and flaky, the delicious chicken filling they had used has been cooked with onions and peppers to give it a light sweetness.

Sweet and spicy wings that would be really good had they been crispier.

It would be a shocker for a restaurant to get this classic and comforting dish wrong, and thankfully, Chit Chaat’s version was deliciously creamy, and thick.

Piping hot, fluffy naans that were made fresh on order and had been topped with a generous amount of garlic (BW was soooo happy to see me that day), and little slices of chilli and coriander. The perfect scooper for our dahl.

Frothy masala chai that came hot to the table and reminded me of the chai they serve at the mosque.

I could not handle more than a couple of scoops of ice-cream at this point, sorry, although the Rum Baba (non-alcoholic version) doughnuts were calling out my name. We opted for both the pistachio and vanilla  (made using fresh pods!) ice creams, and it was a light and creamy way to end this feast!

The total bill amounted to £56 for two people, so £28 each, not including service. Perhaps a little on the steep side for just a casual dinner, but we did end up ordering way too much (practically the entire menu), and this was a lot of food just for two. If you removed a few items we ate, this would be a moderately priced meal.

Each dish was thoughtful and aesthetically pleasing, and it was evident that a lot of effort had gone into every one of them. And although most were good, there were a few that needed some fine-tuning to make it that little bit better. However, it was a fun and interactive dinner experience that is worth trying with the girls, or even for a date, if you’re in the area. The interior is cool, colourful, and vibrant, and they also have an upstairs seating too.

Disclaimer: I was invited to this restaurant. 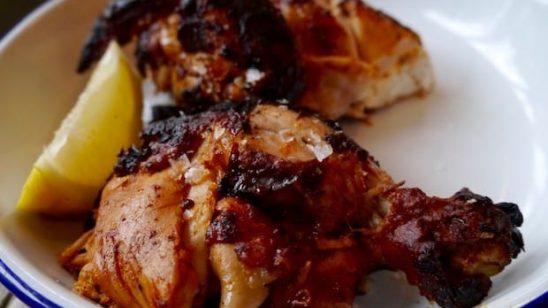 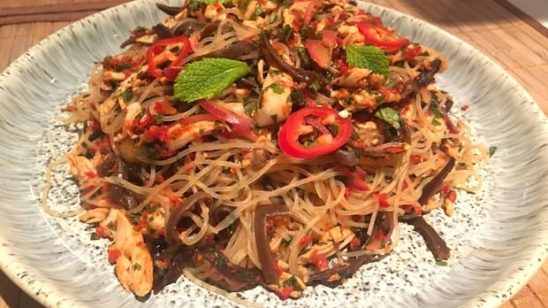