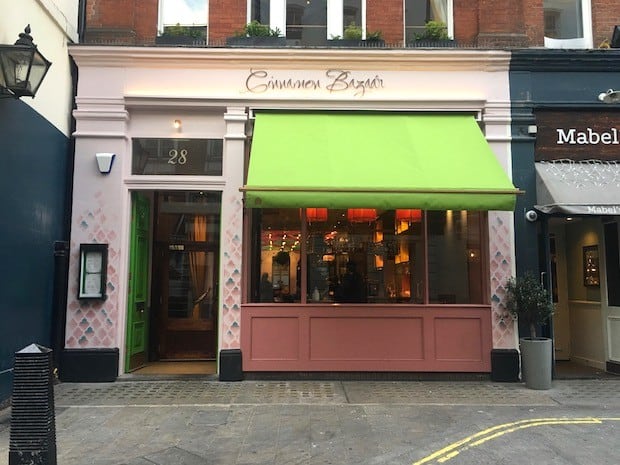 Since I was a young’un, I’ve always been a little slow when it came to learning languages. Mum would try her hardest to teach me the gujarati basics whilst my Dhadi would write letters in gujarati to me, both sadly to no avail, and now that I’m older, I’ve realised how important it is to preserve your parent’s languages for the next few generations.  In my efforts to play catch up, I’ve decided to learn both Gujrati and Hindi (BW’s mother tongue). Of course, it has been an absolute nightmare, and so far, the only sentence I have been able to put together is: ‘Hum aap ko tik che’.

BW suggested I start watching Bollywood movies to help me pick up Hindi easier, but the only thing it has done so far is made me crave some good Indian food. So I gave my good friend, SM, a call and we headed off to Vivek Singh’s Cinnamon Bazaar; the newest and more laid back venture from the Cinnamon Club group. 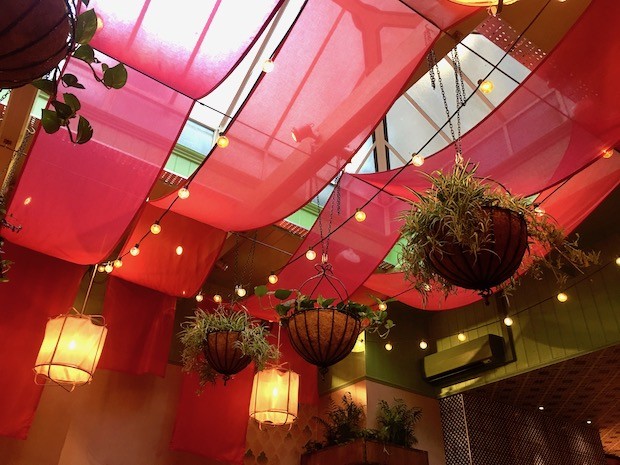 Awed by how colourful and pretty the restaurant was, we almost forgot about ordering!

Cute little glass jar arrived filled with chicken haleem (a mixture of slow-cooked chicken and lentils) which had been topped with a chopped salad, and served with masala sourdough toast. I felt that the haleem was quite mild in terms of spiciness and needed to be served warmer to enjoy it more.

A crispy fried onion dumpling that had been mixed with white peas, spices, and lentils, and topped with an crunchy sev and an assortment of chutneys. This was a good and enjoyable dish; the kachori was still crispy and did not become soggy despite all the sauces on top, and the occasional sweet crunch from the pomegranate seeds was a delight.

A lamb mince and lentil patty that was served upon a crispy saffron paratha and had a dollop of spicy coriander chutney on top. I did find that the kebab was missing that familiar kick of spices and the slightly crisp exterior from the pan frying. Not bad, but perhaps I was expecting more from what I’m familiar with.

Chunky lamb roganjosh that had been topped with pureed potatoes, blitzed in the oven, and scattered with peas. A nice idea of combining both a traditional British staple and a Kashmiri curry, but it didn’t have that fiery and meaty richness you usually find with roganjosh, and I found the lamb pieces to be quite fatty.

A coconut-based cod curry that had been cooked with red onions and mustard, and served with a caramel puffed rice. Although the cod was cooked wonderfully, the base curry was too heavy on the salt and the strong zing from the mustard did not help to tone down the saltiness.

As we visited for lunch, we decided on both the two-course set menu for £14.00 and the a la carte, therefore the total bill amounted to approximately £43  for two people, so £21.50 each, excluding drinks and service. A little on the pricey side for lunch, and considering the location, I would say this is ideal for a taking a client to a business meeting, but I would only return if I was in the area. 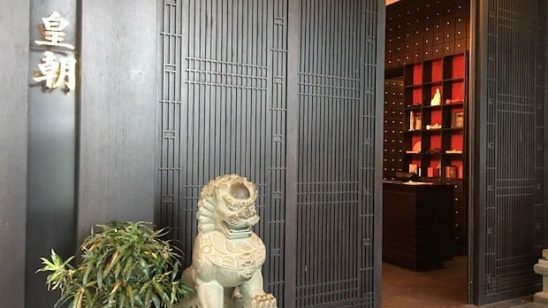 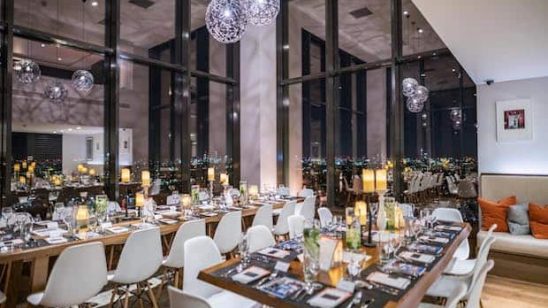