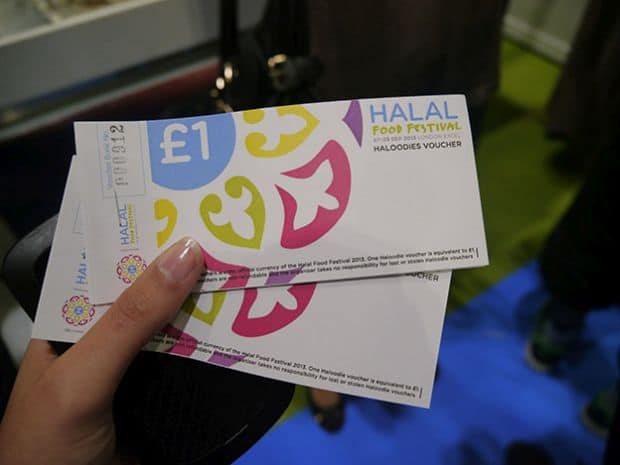 Running over three days, Imran Kauser and Noman Khawaja managed to pull off London’s first Halal Food Festival! I was invited to the press conference and ribbon cutting to mark the first of many halal food festivals to come; with all smiles, they chopped the ribbon and we all cheered! 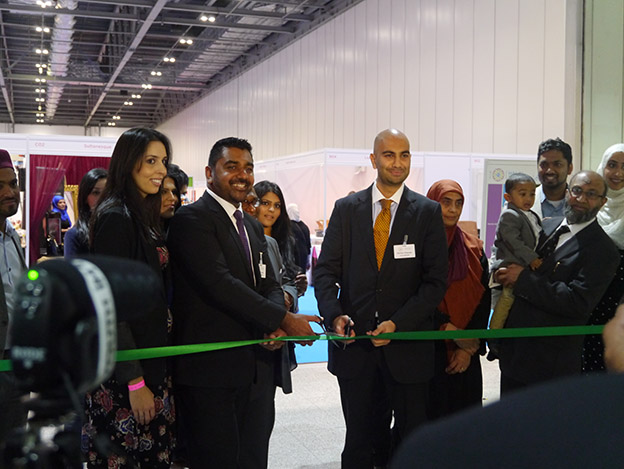 A vast number of stalls were lined up inside the huge and spacious Excel centre in London – these guys had really done their research and hard work to ensure us Haloodies got to try everything that London had to offer us on the food scene.

Despite visiting every single stall at the show, I’m only going to show you guys the otherwise we’ll be here all day!  I also know that many of you were lucky enough to venture the food festival for yourselves, so I will allow your taste buds to reminisce the wonderful foods of the day.

So let’s start with the main attraction of the show: with queues of up to 2 hours, there was only one place all the Haloodies flocked to, Meat & Shake. For all you burger enthusiasts out there, we know that a proper burger means juice dripping down your hands when taking a bite yet the bun remaining intact so it doesn’t fall apart. Meat & Shake have perfected this juice-dripping, mouth-watering wonder of a burger. 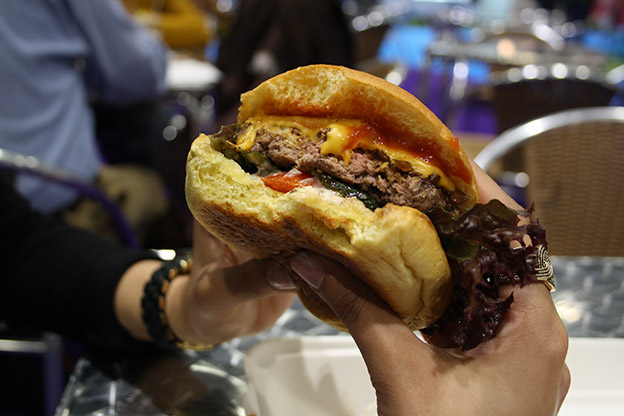 With the festival bringing out the carnivore in me, I headed straight to Big Apple Hot Dogs to try out one of the most raved about hot dogs in the country. Long, juicy, succulent beef sausages were chargrilled and placed on a bed of fried onions in a soft, pillowy bun. With no fussy toppings except generous dollops of ketchup and mustard, I was good to go! 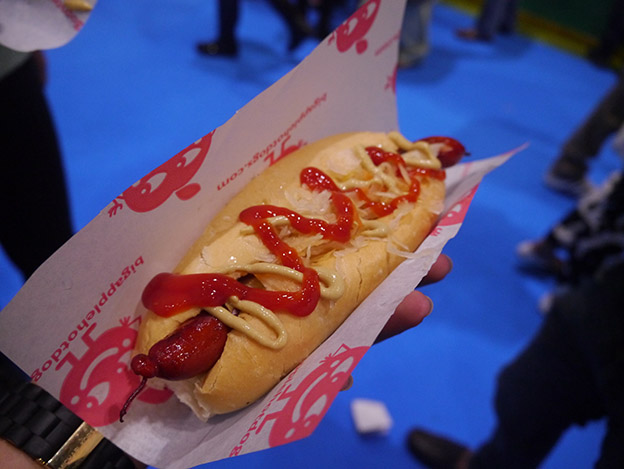 Do you know what tasted great with the above? A spoonful of fruity chilli sauce from Sunshine Chef.  It doesn’t sound that appetising, but to have coconut chilli sauce with your food really is something else. The sweet, creamy coconut flavour hits you first followed by a subtle pang of spice – perfect for those non-chilli lovers yet very satisfying for those who need a little heat! The other flavours were mango, pineapple and plain chilli sauce, which were just as good! 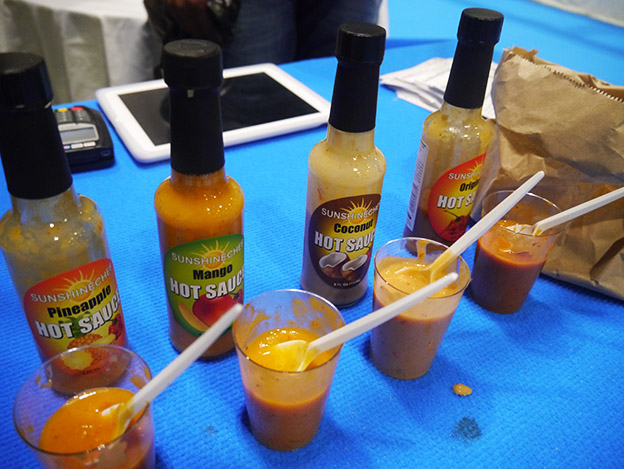 After washing down burgers, hot dogs and sandwiches, my mouth was getting dry and I went in search for something thirst quenching.

Feeling exotic, I grabbed a coconut from these awesome guys, Cocoface. Their coconuts are sourced straight from Thailand and contain so many good electrolytes and vitamins. Once I managed to quench my thirst with the coconut water, the guys got chop-happy and opened it up for me so I could eat the nice, creamy flesh! 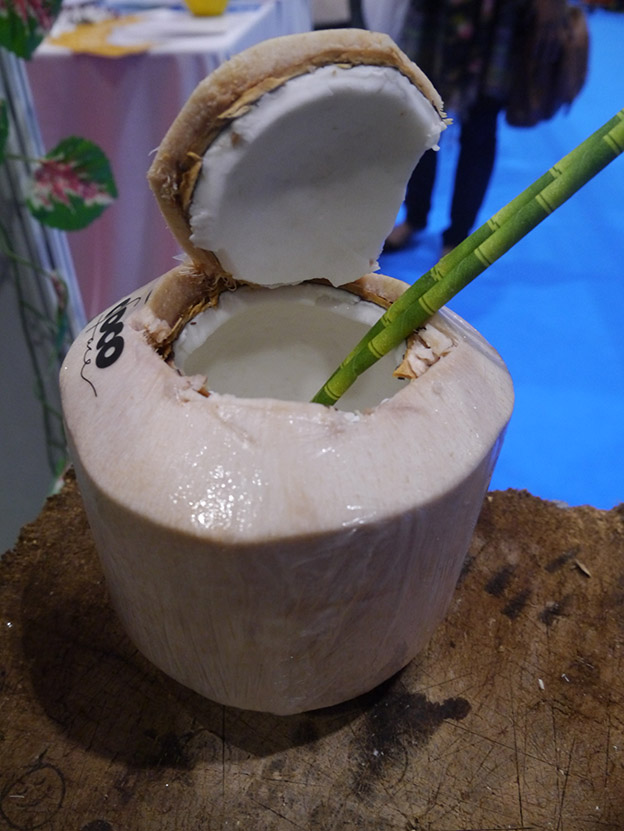 Have any of you ever heard of chilli lemonade?  I had never tasted one until I ran into the The Fresh Lemonade Company and what a good surprise it was. The innocent refreshing looking sweet lemonade was dangerously spiked with small red chillies giving a massive kick in the back of your throat after every sip. My verdict? I absolutely loved it! 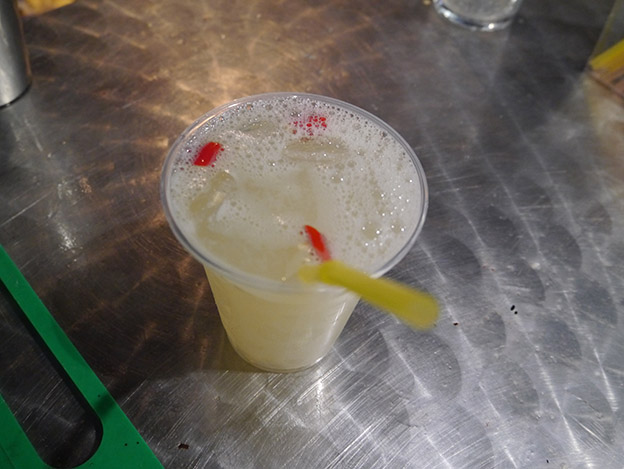 And how can you end the meal without a delicious sweet dessert? Well three desserts to be precise!

A cool concept that I’ve rarely seen in London, but widely popular in the United States, is shaved ice. Yes I said it, shaved ice. Sno-tubz did nothing but pile shaven ice in a cup and then poured different flavoured syrups alllll over it! Simple, but very satisfying. Check this baby out: 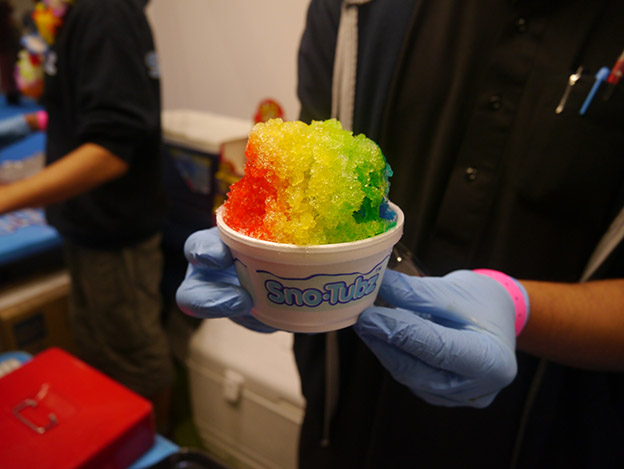 And how could I forget the chocomosas by Fob Foods. No, I do not have a major lisp; they aren’t your normal samosas for sure – once you take a bite, you get a mouthful of crunchy samosa skin with peanut butter or coconut infused chocolate paste. I know no one can resist chocolate and it tastes good inside of absolutely anything. These little guys are perfect for Ramadhan or any dinner party! 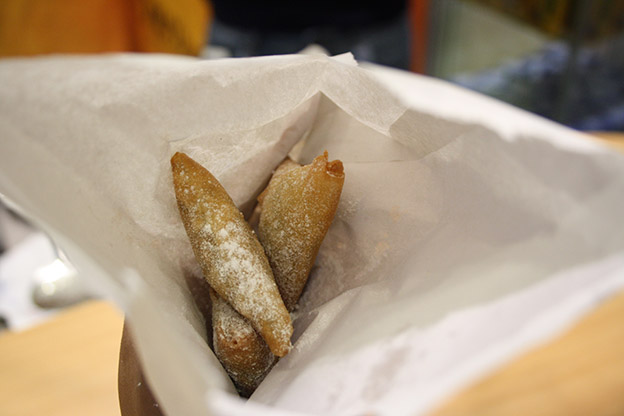 The Malaysian Pancake Co is worth mentioning with their Asian twist on the usual dessert affair. I had to get the banana and Nutella version so they cooked it from scratch right there! While this may sound fairly mundane, the pancakes were made with this green butter-like substance.  I am still trying to figure out what exactly it is and what it is called, but it certainly sweetened the pancakes and made them delicious. 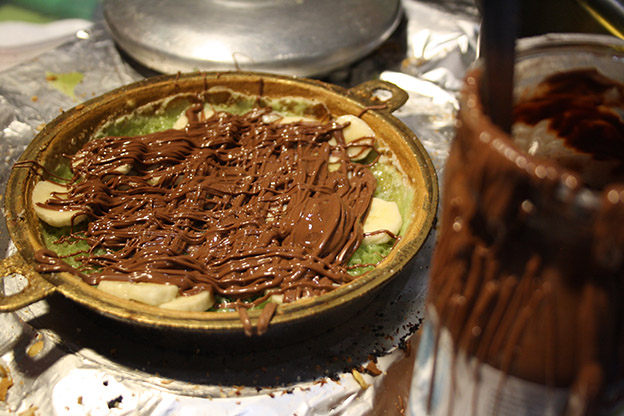 It was a great food festival and I applaud the organisers for pulling these days off, but the prices of the food items throughout the festival were highly marked up for what they were.  It certainly felt like a pinch when calculated on top of a high entrance fee that was charged. For a group of four people, the entrance to the festival alone would cost £80+ and then spending money at the festival in order to buy food and drinks etc. slowly increased the cost of an extraordinarily priced family outing.

Also, the coupon system seemed to have confused some of the festival-goers as to which food establishments accepted the coupons and which didn’t. These coupons should have been used throughout every stall or not used at all. The concept was very good and easy to use once it was known where the coupons could be used. 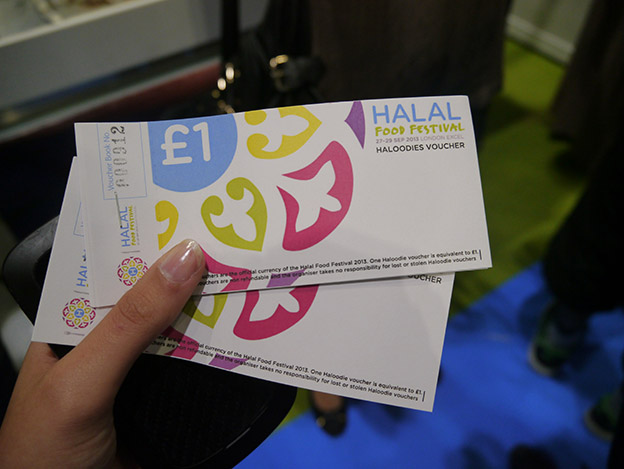 One thing a lot of people had mentioned was that the portions that were served were quite large meaning that they were full after visiting 3 or 4 stalls and were not able to sample other products available. Perhaps next year, smaller portions can be served at a lower price so that an individual is able to try everything.   Naturally I like to eat a lot, so I had no problem, but bite size portions are often the safer route to take with perhaps an option to order a full size to sit and eat.

With regards to the variety of stalls involved, while there was plenty of businesses setup, I found that there were many of the same kind.  After a while it all tasted the same with three coconut water stands and six cupcake stands. Understanding that this festival is also for the promotion of businesses, and by all means it should be, the festival goer must also be accommodated.  Attending with the intention of trying different types of cuisines such as Chinese or Italian, these were sadly missing from the event and can be incorporated a little more next time around.

The festival had its ups and downs (which I am sure will be smoothed out by next year,) but overall it was a great taster to what is available to us Haloodies who live in the UK. Believe me, I went around each stall trying absolutely everything I could – some stuff was not great, but others like the deliciously sweet truffle honey, were quickly bought to share at home. The festival was great fun with a fantastic atmosphere and I would certainly suggest you all attending next year.  I went home a little fatter and happier to have been invited to such a great event and I cannot wait to see what these guys come up with next year!

Here’s a little extra sneak peek for those who couldn’t make it: 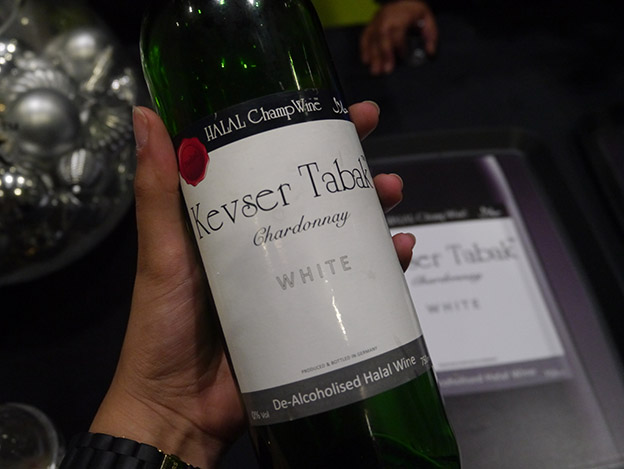 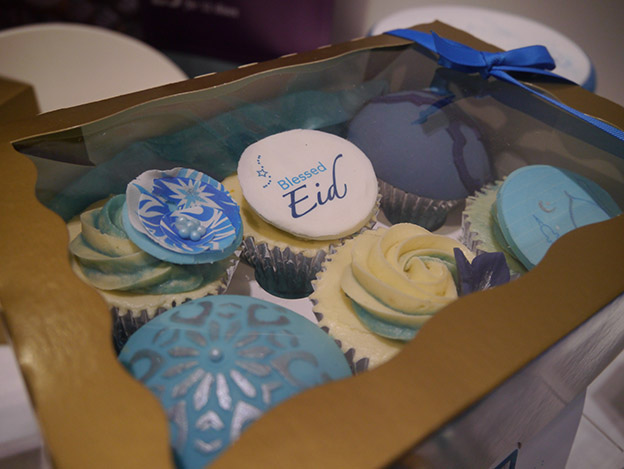 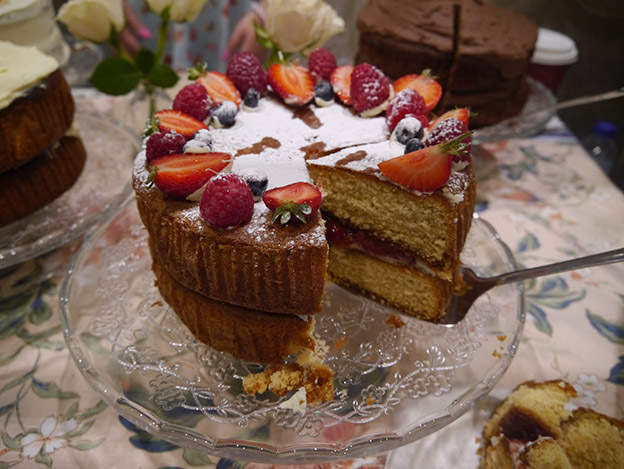 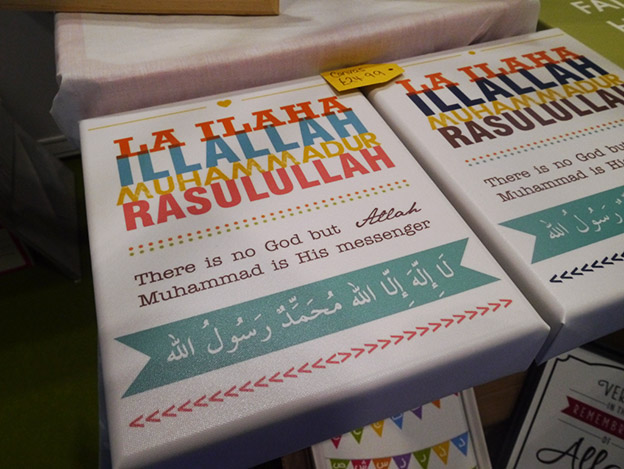 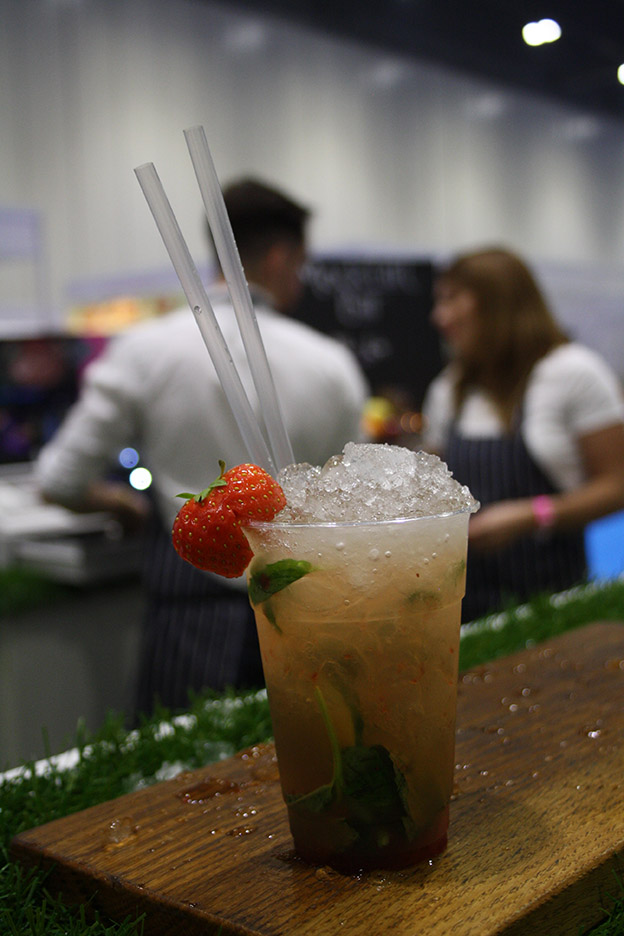 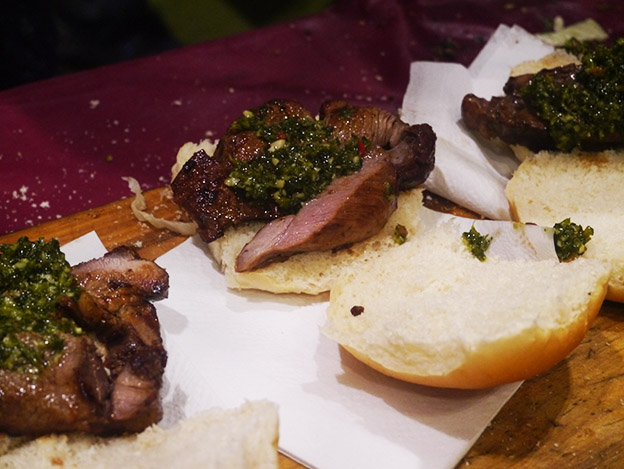 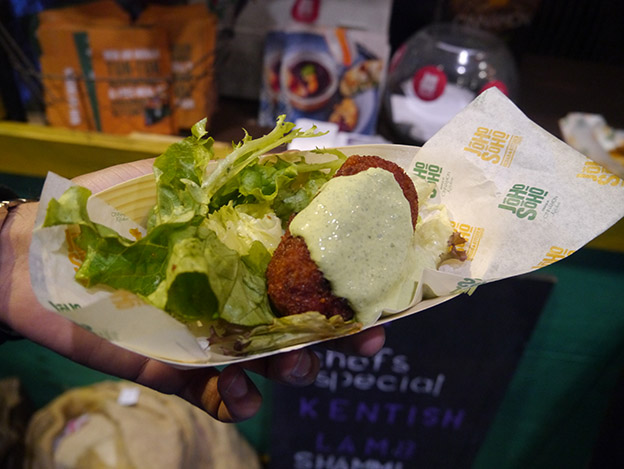 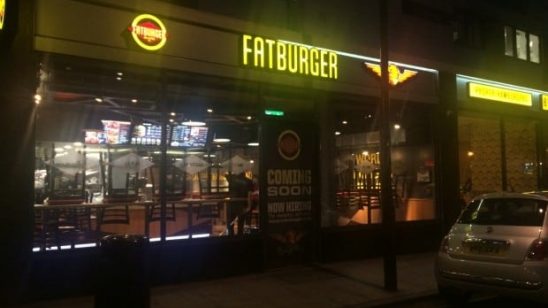 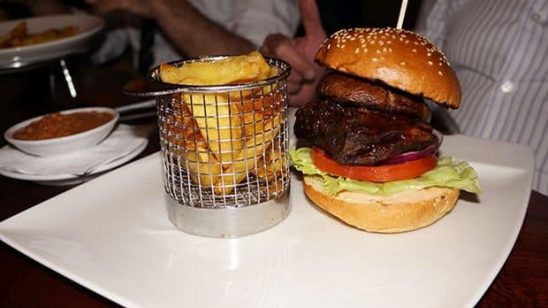