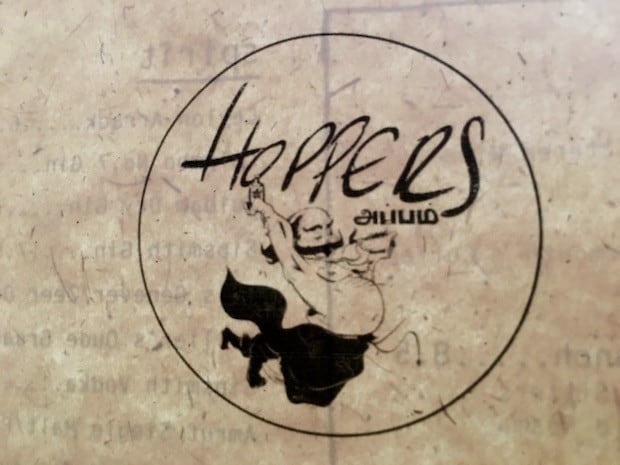 Having surpassed 1.5 years of marriage (someone forgot the flowers *cough*), I began to feel horribly old. Where had the time gone? I swear it was just yesterday that I started secondary school with my massive middle parting and bushy eyebrows, and now here i am, plus two grey hairs already – crazy! Unfortunately, BW was not available to hear my woes about wrinkles and babies, so I met up with a dear uni friend of mine to for a quick lunch.

Naturally being the old woman that I am, I happened to catch on to a restaurant a whole six months later. Ok, that’s a lie, but when I tried to visit Hoppers not once but twice previously, I was turned away due to a TWO HOUR waiting time. You see, Hoppers happens to be a no reservation restaurant with 50 covers and when combined with the fact that they are Gymkhana’s sister restaurant, well, you’re in for a long wait.

Luckily, we visited at lunchtime on a Tuesday so only had to wait twenty minutes before snagging a seat at the small bar area.

Little, bouncy prawns that had been tossed around in tomato sauce, peppers, onions, and large slices of green chillies, and served with a side of pickled green peppercorns. The waitress had warned me that these would be spicy, but really, how hot could these really be? Well, after a bout of nose dribbling and light sweating later, she was not joking – these were fiercely fiery! A slightly larger portion of prawns would have been good had we been sharing but I decided to keep the spice fest to myself.

A dark, rich lamb curry arrived topped with slivers of tangy ginger. Despite the lamb being a little fatty, the kari was decent with a good aromatic flavouring to really remind you of home, even if it was a little on the mild side.

Fluffy potatoes that had been lightly fried, crushed, and mixed with a generous amount of black mustard seeds to give the potatoes that little bit of heat. Especially great when paired with the dosa.

Made using fermented rice and a coconut batter, this large hopper was light and crispy. It had arrived with a fried egg incorporated into the spongy bottom, and had been sprinkled in large black pepper flakes. It was almost too pretty to break into but alas, Halal Girl got hungry and ripped it apart, dipping the hopper into the lamb kari and mopping up the bright orange egg yolk. 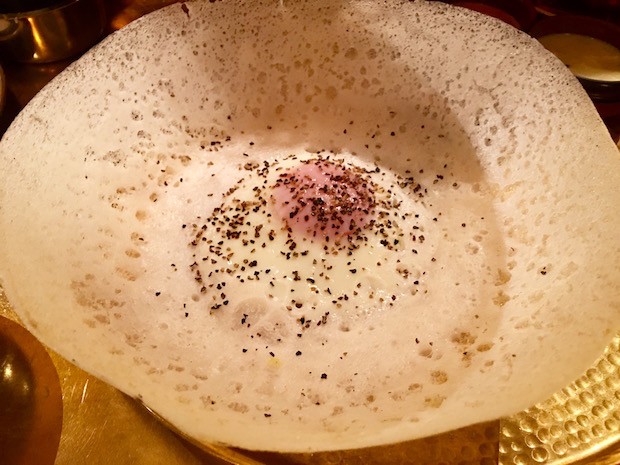 The combination of the creamy yolk and the slight tang from the hopper was delicious on its own, but adding the curry into the mix just made it ten times better. Although I had asked for the accompanying sambals, I was served the chutneys which were okay and not much out of the ordinary.

A good dosa that was the colour of liquid gold with a good crisp and tasted great dipped into the accompanying chutneys. I’m not sure this would qualify as the best dosa I have had, but was a decent attempt.

My friend got a little hungry and decided to start eating the roti before I took a snap. Perhaps an unnecessary order since we had both the hopper and dosa, but the perfect, flaky accompaniment for a curry.

The kaapi (indian coffee) was milky, frothy, and had a great hit of coffee that left you all warm and fuzzy.

The total bill amounted to approximately £36 including drinks and service, so £18 each. This was definitely an affordable option, especially considering we left the restaurant feeling sufficiently full, plus it is based in the heart of London. The staff were frantic in keeping up with the small restaurant but are efficient and take time to explain the menu to you.

The food was something new and a breath of fresh air for the halal food scene! Was it worth queuing for? Definitely. Perhaps not for 1-2 hours, but it was a fun, casual, and cosy dining experience that I would most likely return to if I was in the area. If you’re looking for a date night that is a little different or even a catch up with a friend, Hoppers is the ideal place to go, and my advice would be to either get to the restaurant very early/late, or arrive early, put your name down, and go to the arcades near by to kill time. 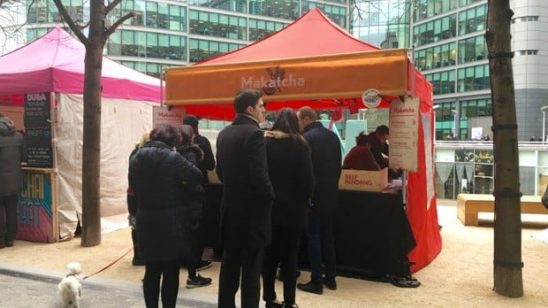 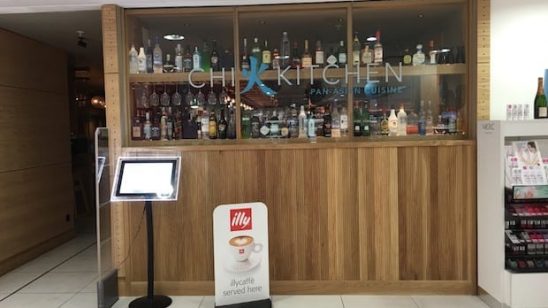