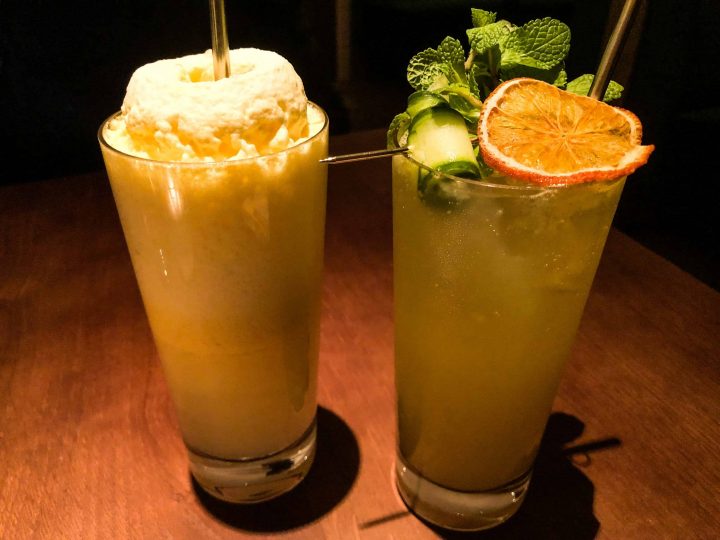 Turning 26 hasn’t been an easy process for me. I couldn’t believe that I was no longer in the 18-25 age bracket, sigh, and now had to put myself in the older range. Is this what becoming an adult feels like? To cheer me up, BW started off the birthday celebrations with a fancy dinner at a restaurant that we’ve both eager to visit; Indian Accent in Mayfair.

We ended up missing our 7:30 reservation (oopsy) and reached Indian Accent at 7:50pm. Luckily, the staff were extremely accommodating and kept our table for us. There is no a la carte at Indian Accent but a set and tasting menu instead, starting at £55 and £90 per person respectively. Not wanting to be uncomfortably full (like the time we went to Jamavar!), we opted for the 3 course set menu.

The cutest little tandoori roti that had been stuffed with a creamy blue cheese and finished off with a slick of ghee. Followed by a shot of pumpkin kadhee that was so warming and welcoming.

2 crunchy spheres stuffed with potato sev, deep fried, and served under a blanket of yoghurt, green chutney, and imli, with a delectable white pea mash that sat underneath the spheres. It was not your usual chaat but I loved how delicate the flavours were without being too overpowering.

Baked morels that were dusted in a walnut powder and served on a mushroom sauce with a crisp parmesan papad. The mushrooms were fantastic and the individual components combined together to add a punch of flavour.

A vegetarian keema that was so good, it could almost be taken for the real meaty thing. It arrived with a raw quail egg ready to be swirled in and skewer of teeny little cute paos that had been brushed in a lime leaf butter.

The lamb arrived shredded in a little pan with an assortment of sauces that were to be eaten with the meat separately. They ranged from sweet imli to a vibrant green chilli sauce and I just couldn’t get enough of how soft and tender the lamb was – oh my goodness. The gluten free rotis were surprisingly good and made a nice pair with the meat.

Think of a chicken shami kebab that was served with a crispy onion pakora and kadhee; a dish with heavy influence from Punjab. It wasn’t that my dish was disappointing but it was extremely mild and underwhelming given how fantastic and bursting of flavour BW’s lamb was.

A buttery kulcha that was stuffed with sauteed wild mushrooms.

My eyes landed on this first. If you guys have been to Mumbai you’ll know what I’m talking about when I say the fruit cream at Haji Ali is amazing; sitaphil (custard apple) is my favourite version of this cream. I would have liked the cream to be runnier with more pieces of the sweet custard apple, but it was a good effort.

A perfect sized portion of sweet and sticky warm treacle cake with a dollop of creamy vanilla ice cream.

A large helping of sweet, saffron-infused milk cream with rose flavoured jaggery chunks, crushed almonds and edible gold  (snazzzyyy). The malai was intensely moussey, light, and not overly sweet, which I loved and this was our favourite dessert of the three.

Indian Accent isn’t your typical London Indian restaurant; their experimental methods and flavour combinations make it stand out amongst some of their competitors. The total bill amounted to £150 for two people, including drinks and service; I had gone  for the £55 for three course menu whilst BW opted for the £65 for 4 courses. Considering this is a fine dining establishment and that they’re one of the top 50 restaurants in the world (oh la la), I don’t think the damage to BW’s credit card was too bad. It’s the ideal place to take that special someone for an anniversary, birthday, or even a celebration dinner! 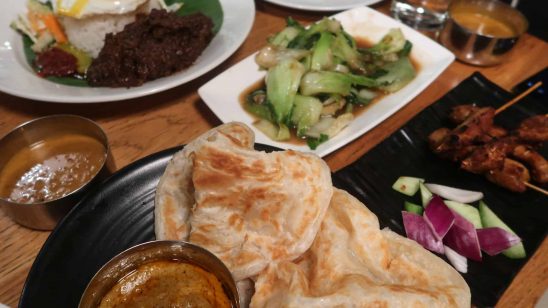 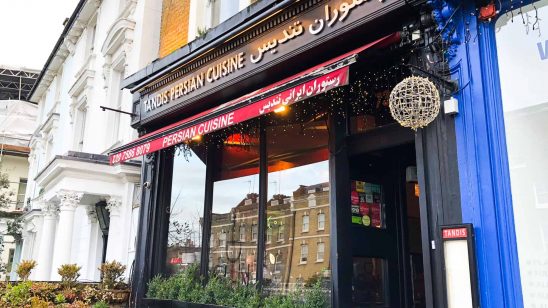