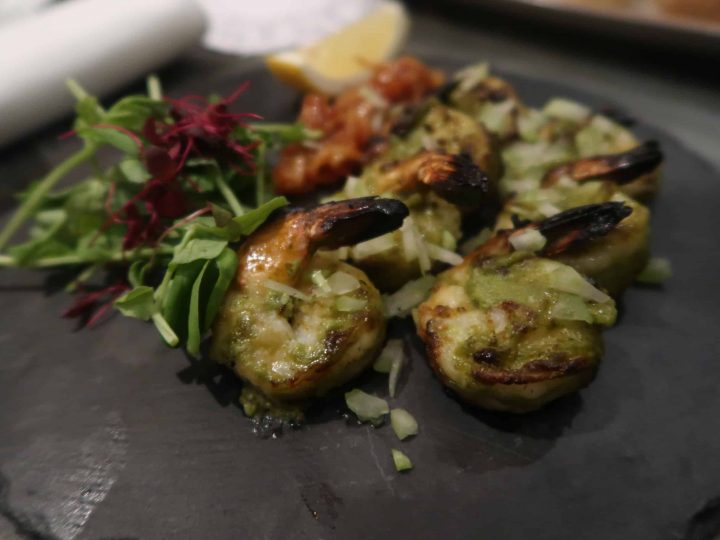 Taking your parents out for dinner, especially for Indian/Pakistani food, is a bit of a gamble, much like when you decide to sit and watch a movie with them. Unfortunately, the odds are rarely in your favour. You’ll spend most of the film praying that no awkward scene shows up, and the one time they actually look up from their newspaper at the TV, *bam* the movie’s only steamy moment will be on the screen and they’ll chide you for watching nonsense. Just like how you’re hoping the entire dinner that they’ll enjoy their meal, but one tiny mistake like the wrong type of spice , and they’ll remind you for the rest of the night how Mum makes butter chicken better at home. Sigh.

So you can imagine how torn I was choosing a restaurant to take BW’s parents to last week. It had to be Indian, of course, but not so Indian that they would be nitpicking. Aha, I knew just the place! Lokhandwala is a modern Indian tapas establishment situated in Charlotte Street, and although the dishes seem quite traditional, there is a Western twist to each one. This was my second time visiting having enjoyed it so much the first time!

A dosa cone served with a spicy potato fry and a tomato chutney. I would have like the dosa to be slightly crispier, but the accompaniments were tasty.

Potato skins topped with a tomato chilli sauce, flaky seabass, and a cooling slice of radish.

A pureed vegetable medley served with toasted and buttered paus. The mish mash was too heavy on the tomato, and tasted more so like tomato soup than the traditional mish mash you find at the street stalls of Bombay.

Juicy little lamb shami kebabs that had been sandwiched between paus with a hunk of grilled brie, and served with french fries and coriander aioli.

The meat was wonderfully succulent with a good kick of flavour, and the brie added a touch of rich creaminess with the caramelised onions providing a nice element of sweetness.

These thick, meaty lamb chops were so soft and mouth-melting, and had been cooked to a nice pinky medium.

In essence, this was a fancy version of chaat made using broad beans and served with the sauces on the side. This was quite dry and lacked seasoning, and I would have preferred for the sauces to had been cooked with the chaat beforehand.

Succulent pieces of malai chicken that had been cooked in a tandoor and the squeeze of lemon really finished it off. The accompanying “quesadilla” a.k.a. roti stuffed with saucy chicken tikka was unnecessary, and given that this dish cost £9, I would have preferred more of the chicken tikka.

As difficult as it was to decide, the celery prawns was my favourite dish of the night. The prawns had been fantastically cooked with a great smoky, garlicky and spicy marinade, and were deliciously succulent. Amazing, amazing, amazing.

Tender cubes of chicken that had been smothered in a creamy coconut sauce with curry leaves, tossed on a tawa and served with 6 seed and grain bread. As great as the chicken was cooked, I found that the flavour wasn’t quite there and I would have liked there to have been more of a spicy kick.

A hot pot of piping hot aromatic biryani mixed with small pieces of chicken. The rice was a little dry, but packed a good spike of chilli which was cooled down with the accompanying raita.

A southern Indian chicken curry recipe that incorporates up to 18 ingredients making this a super flavourful dish, but I found it to be oily and a little too rich for my liking. The accompanying ghee quinoa was lovely with a nice touch of coconut.

The Lokhandwala house dahl had a nice, creamy texture but lacked seasoning.

Flaky roti with a generous layer of ghee.

Traditional, saffron-infused rice pudding that had been topped with a caramelised sugar crust and served with sesame sticks. The kheer was wonderfully creamy and was a great twist on the classic creme brûlée.

The chocolate souffle was average and perhaps too rich for me, especially when paired with the sweet mango sorbet.

Naan stuffed with chocolate and topped with grilled marshmallows (ask for the marshmallows to be removed as they are not veg-friendly). This was, again, okay and I much preferred Lokhandwala’s kheer brûlée and have also heard good things about the halwa.

As the above dishes were spread across two dinners, I’ll give you an estimate of how much dinner for 4 people would cost. The total bill, including drinks and service, was approximately £105 so £26 each, which isn’t bad at all. Sure, some of the items you would have to order twice the amount (sliders, chops, and the naans), but Lokhandwala would make for an affordable yet nice dinner out with the folks!

Whilst some dishes we tried were just average, the vast majority was enjoyable and definitely worth the return. It is far from being authentic nor is it the best Indian in London, but the fun tapas style menu means you can taste a little bit of everything! Sadly, the service was a little shambolic which was a shame considering how good the food and the atmosphere was. 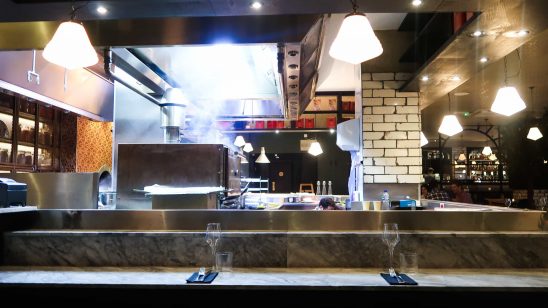 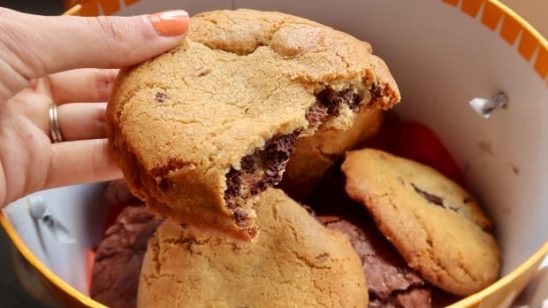