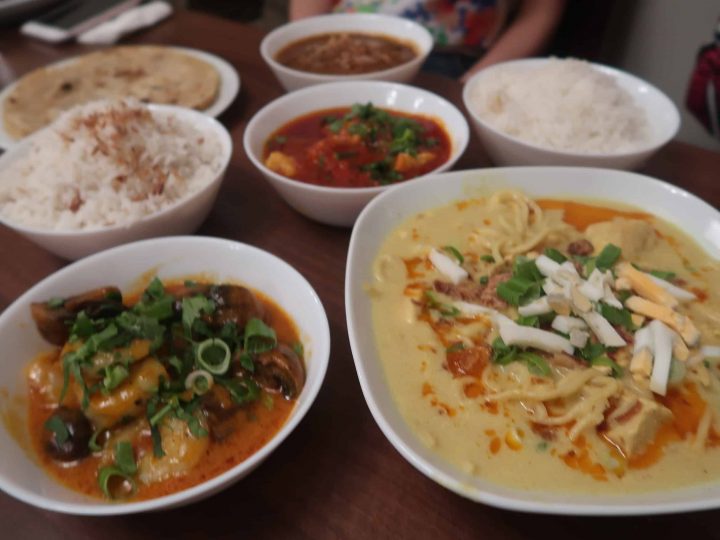 Another flaw of mine: I like to sit on things. No, not physically sit on objects, but I like to contemplate and have a good long think when it comes to any decision making in my life. Most of the time, especially with big decisions, it tends to work in my favour. Unfortunately the same cannot be said for any trivial issues. A prime example would be Mandalay Golden Myanmar, a restaurant I had been wanting to go to for almost two years but ended up closing down when I finally did plan on visiting!

Mandalay Golden Myanmar had been open for several years and I came to know it through several outstanding recommendations from friends. I did my usual and sat on it but to my dismay, they closed down. I kicked myself every time I walked past their old site, until one day, an email popped into my inbox informing me that they had relocated just further down the road! Great! Without even a second to “think about it”, I took my family and headed Mandalay’s way. 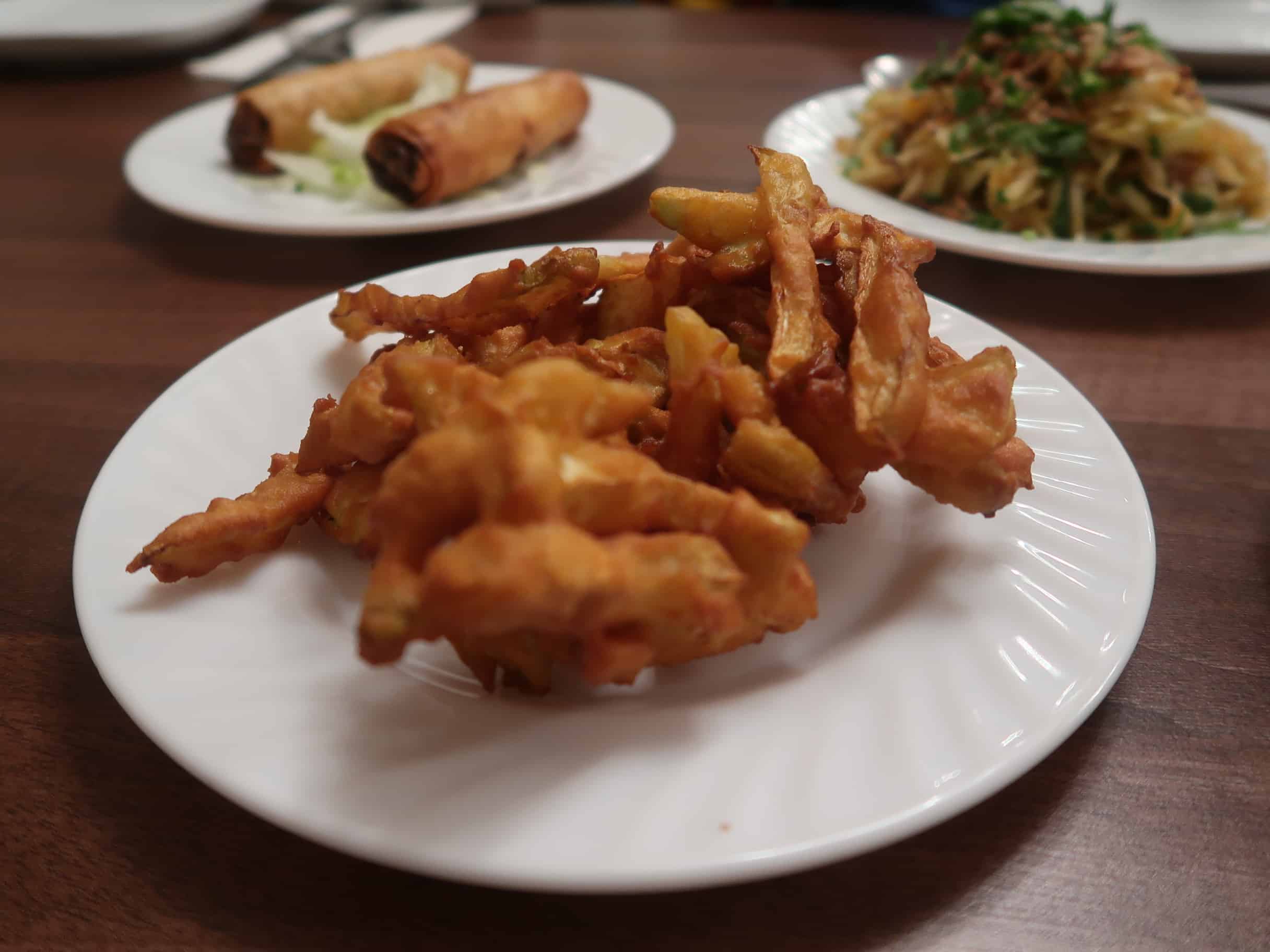 Calabash (bitter gourd) vegetables that had been dipped in batter and deep fried to a nice golden crunch – think pakora! These were nice and simple, and paired well with the delicious dipping sauce.

Nothing out of the ordinary chicken spring rolls.

A refreshing salad of sliced raw papaya and cucumber, dressed in a sweet and slightly sharp dressing, and finished with crispy onions and fresh coriander. The salad was fantastically light and stood out amongst the fried starters.

Juicy, plump prawns that had been poached in a spicy tangy curry with mushrooms and topped with fresh coriander. My favourite curry out of the mains but I do wish the sauce was a little thicker.

A bright red tomato-based curry arrived with slices of white fish and an array of aromatic spices. I found this to be quite oily for my liking and wish it had more of a kick.

I had read wonders about the lamb dishes at Mandalay Golden Myanmar, especially the Tamarind Lamb [£8.90]  and Pickled Lamb [£8.90], so decided to go for the tamarind based dish as recommended by the waitress. Clearly, I was so intent on eating this famed dish that I forgot to take a picture – sorry guys!

A bowl of soft lamb pieces arrived that had been cooked in a slightly tart tamarind curry, and we paired it with fresh coconut rice. Although the lamb had a good depth of flavour, I wasn’t really wow-ed by it and wish I had gone for perhaps the pickled lamb instead.

A traditional Burmese (and also a nod to Pakistan too) dish made with coconut milk, noodles, and meat of your choice. We opted for chicken over prawns, and goodness, did this dish go down a wonder with the table. The noodle soup was delectably creamy with a subtle spicy kick, the egg noodles were nice and bouncy, and the chopped eggs with fried and fresh onions finished off the dish nicely. The chicken was slightly overcooked and I would have liked more flavour from it.

We opted for the traditional Burmese pudding made with tapioca in coconut milk and topped with blue agar jelly cubes. Of course, it wasn’t a looker but it was a pleasant and creamy surprise!

The total bill for 5 people amounted to approximately £75, including drinks and a few sides (parathas, rice, and coconut rice), so £15 each. I was shocked at how cheap and filling this meal was! The food was decent but there were only a handful of dishes that really stood out to me: the khaosway and the papaya and cucumber salad. I’ll admit I haven’t had Burmese food before so I have no grounds for comparison, but Indian is the closest cuisine I can think of and the food at Mandalay Golden Myanmar just missed that familiar comfort factor.

Would I return? Maybe but only if I was in the area.

Looking for more restaurants in Kilburn? Check out the below: 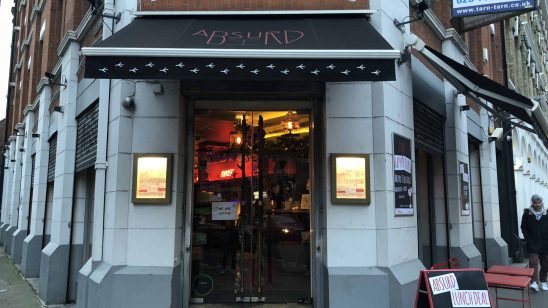 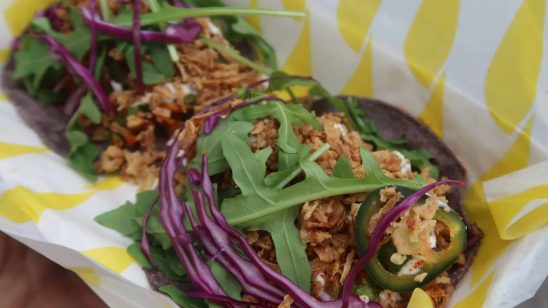