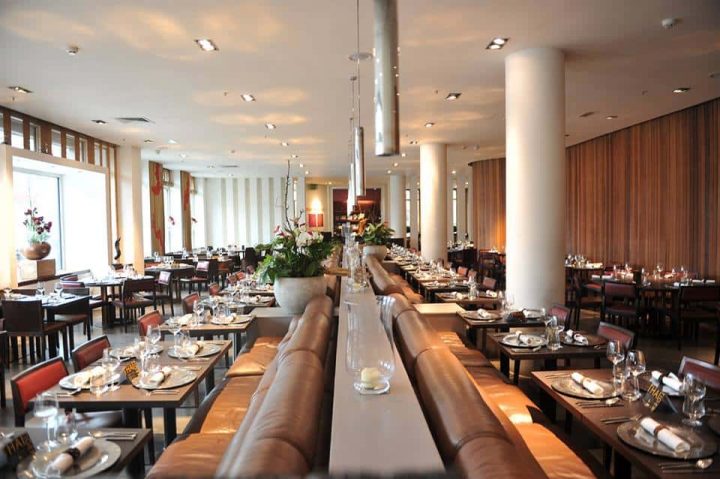 Having visited Thailand a couple of years ago and experiencing the mindblowing flavours of authentic Thai cuisine, the task of finding a good halal Thai restaurant in London has now become next to impossible. Firstly, there are a lack of halal Thai restaurants! Secondly, out of the handful of halal Thais there are, none are as good as the real deal. So, when an invitation to Mango Tree landed in my inbox a couple of weeks back, I was somewhat hesitant.

I have visited Mango Tree numerous times before. It was the place we went to celebrate family member’s birthdays and other occasions, however as time went on, I fell out of love with Mango Tree. My last experience was not so great (you can read about it here), but things seemed to have improved so I took them up on their invitation.

I opted for the vegetarian version of this Thai hot and sour soup classic, whilst one of the guests got the prawn version [£8.95]. The tangy heat would hit the back of your throat occasionally but was not overpowering.

A refreshing green papaya salad with shrimp paste, peanuts, prawns, and long green beans. Whilst the initial few bites were great, sweet, and fresh with the occasional crunch, the following bites were an absolute killer and ridiculously spicy. They did warn us beforehand that this would be extremely spicy, but psssht, how spicy would it really be? Well, I learnt my lesson the hard way!

A twist on the typical fish cakes, these came with an egg cooked inside which was reminiscent of a scotch egg – a Thai scotch egg! The fish cake had been delicately fried so that it held together well, and had a liberal amount of Thai curry paste to add a solid punch. I think a runny egg yolk would have really finished this off nicely.

These prawn and truffle dumplings were my favourite. The truffle added a good amount of pungency to the otherwise simple prawns. The dumpling skin was a little thick and sticky for my liking.

Dumplings filled with spicy tom yum soup and chicken. Definitely something different to the norm, but I would have liked more of a flavour punch from the soup and I found the dumpling skin easily tore.

I had the classic version of this in Bangkok; both beef and prawns. Both times were astonishingly hot (and good too!), but probably at the same spicy level as the papaya salad mentioned above. The Thai chillies and holy basil leaves combined add a killer flavour to whichever protein you order and it’s an all rounder fantastic dish. Sadly, Mango Tree’s was very tame in comparison but still ended up being one of our favourite dishes of the night.

The pad thai arrived with chicken, peanuts, sprouts, and had been finished off with an egg nest. This was okay and did not leave much of a lasting impression on us.

The green curry itself was deliciously creamy with a strong hint of coconut and lemongrass. However I would have liked a more aromatic flavour in each bite; it seemed to be lacking that particular dimension of flavour that green curry usually packs.

Humongous, grilled fresh King prawns that was served alongside a garlic and lime sauce. Unfortunately, I was less than impressed with the prawns; they seemed to be quite mushy given that they were fresh, and lacked a good bounce.

This was one of the better mains; a lovely wagyu sirloin that was cooked to a decent medium and was extremely soft. The flavour from the grill was great – the lime sauce added a nice zesty punch but was not a necessity.

I know I keep referring back to Thailand, but this was the first thing I ate as soon as I got off the plane. Coconut sticky rice with sweet chunks of mango and a pot of coconut milk on the side to drizzle all over.  Mango Tree’s version was obviously more aesthetically pleasing and tasted just like the real thing!

The final total came to £286.20 for four people, including drinks (we ordered maybe one too many) and service, so approximately £72 each. I received a £180 discount so the final, final bill came to around £106. Blimey, a little on the expensive side!

Although this was not close to the real Thai deal, I was pleasantly surprised at how much better my meal was this time round as opposed to my previous visits. Perhaps, you could say, it was because they knew I was coming down, but I can only say that was true to a certain extent. Some of the dishes were not great (e.g. King prawns), whilst others were enjoyable (the wagyu beef comes to mind), but I do know that Mango Tree is expensive for what it is. Charging almost £9 for soup or £10 for a single fish cake is a little extortionate in my books!

If you do fancy eating there during the month of Ramadan, I have teamed up with Mango Tree to offer all HGAT readers 10% off their food bill. All you have to do is quote MThalal_girl when making a booking!

Disclaimer: I was invited to dine here and received a £180 discount off my bill. 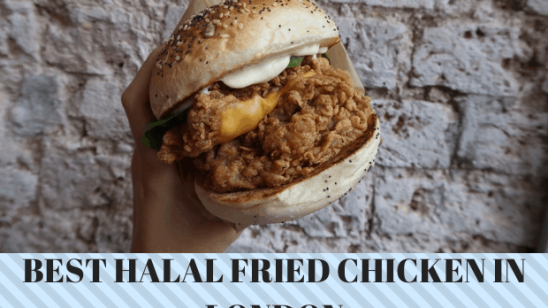 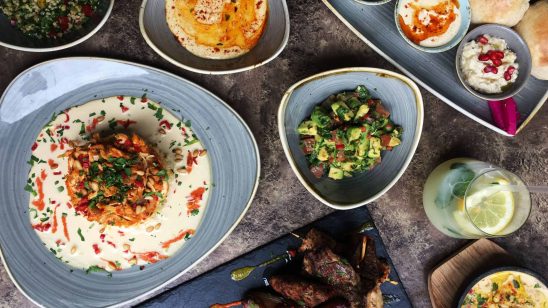