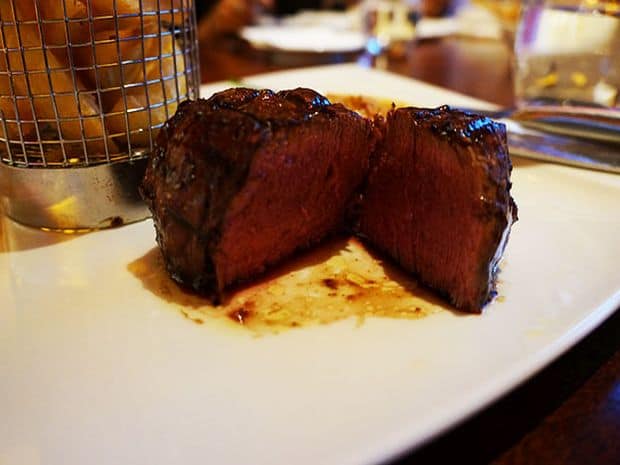 The first time, I ever heard of The Meat Co. was when my family had eaten it in Dubai.  I was super jealous for the longest time until, to my eagerness, it opened in Westfield shopping centre.  I have been a regular since its opening, but until today have not taken the time to write about it.  I know the majority of you must have already eaten there at least more than once, but nonetheless, I just have to feature this juicy steak house on Halal Girl About Town.

What has truly drawn me towards this establishment is its sensitivity towards Halalarians.  The staff offers its guests two separate menus, one Halal and one non-Halal menu.  It also offers a separate Halal seating section away from all the alcohol and pork products. 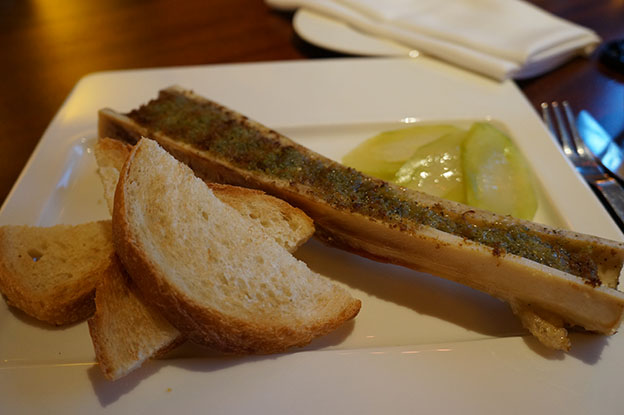 Aesthetically pleasing to the eye a plate was set before me containing a sliced-in-half long bone stuffed with herb crusted fat and a pile of crispy toast to eat with the bone marrow.  It was pure and utter fat infused with olive oil and salt and with the side of toast, the absolute perfect combination. The rest of my dining partners looked on in horror as I slurped the fat right off the bone. This is definitely one for the affluent meat lovers. 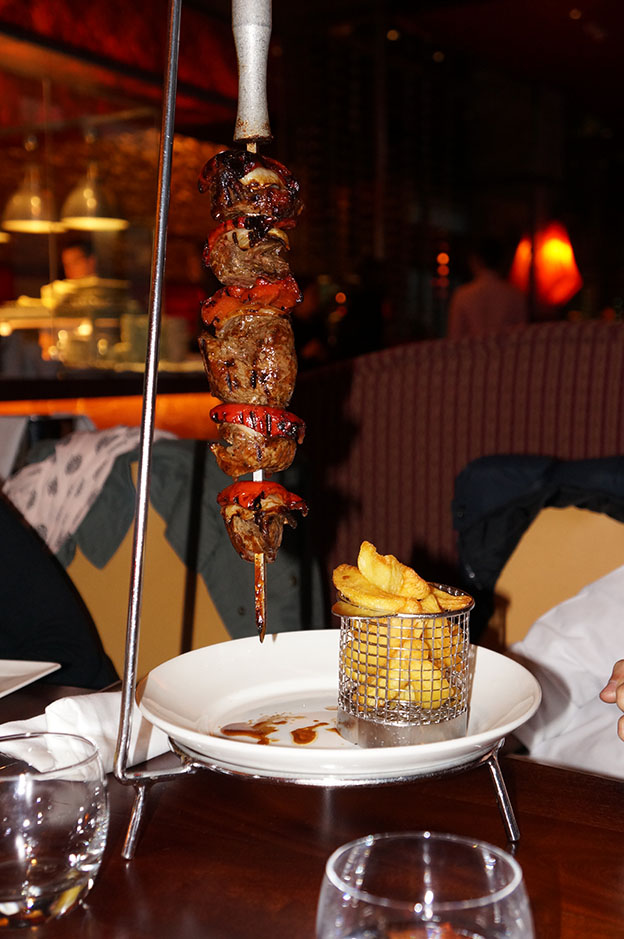 The skewer came suspended in the air by a tall stand consisting of thick chunky beef pieces cooked to a medium-well; the knife easily cut through the juicy and tender meat. If your stomach is too small to handle a beefy 300g steak, then this is a perfect substitute.  Not to mention that it is slightly healthier with a few vegetables (onions and peppers) scattered on the skewer! 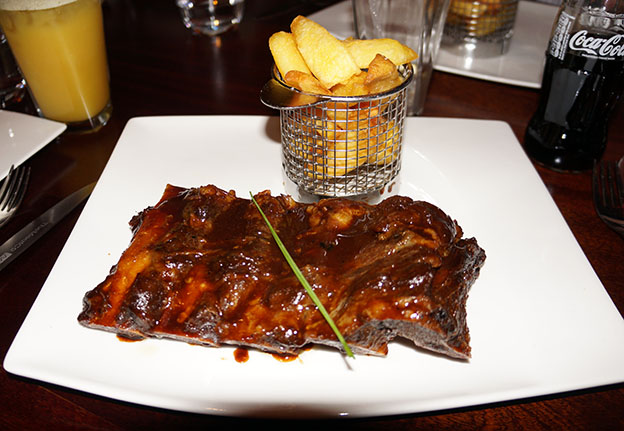 The ribs were braised and then grilled to perfection where the meat was super soft to the bite but also stayed intact when presented on the plate. There was no other way to eat them than getting into a hot sticky mess with BBQ sauce dripping from your mouth and fingers. I wasn’t a great fan of these, but there were others who enjoyed the fatty, meaty ribs. 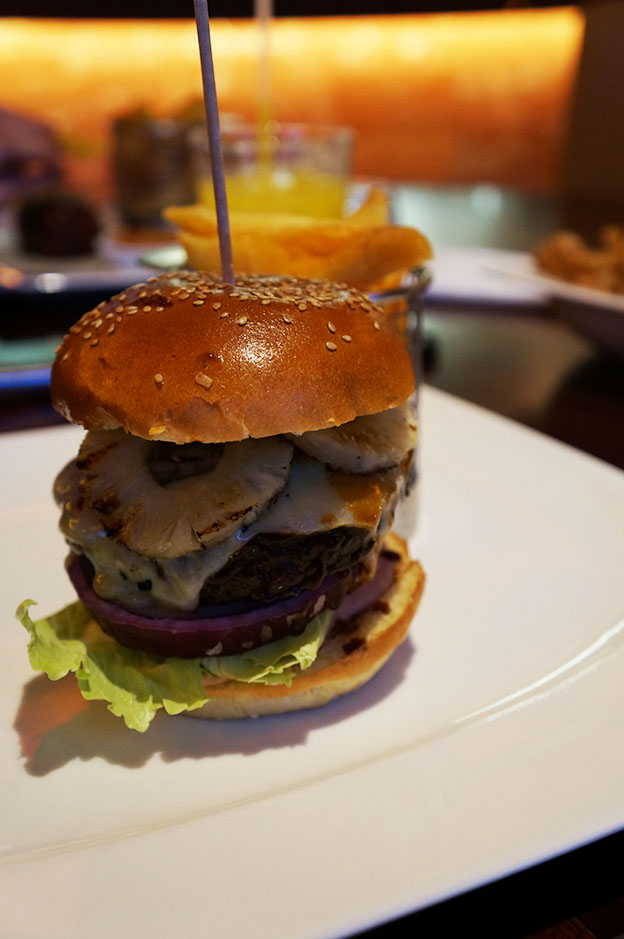 The flame-grilled effect allowed the burger to have a slight charred taste (mind you, in a good way) whilst still allowing the burger to maintain its juices. The cheese was melted and gooey with a nice caramelised onion relish that helped structure an almost filthy perfection. 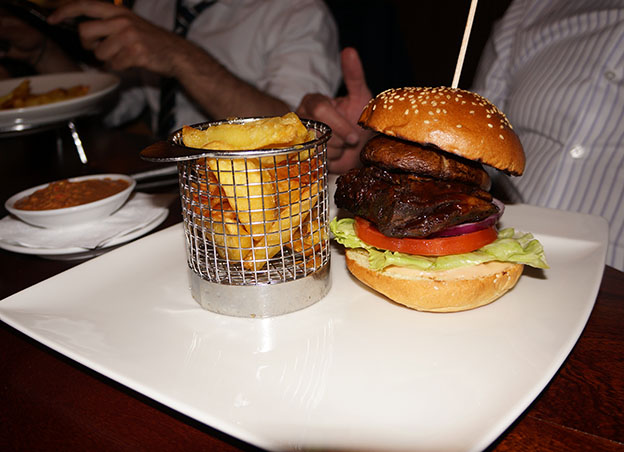 This burger was piled high with big chunks of braised beef rib meat topped with an array of condiments – there was no way to go about this with just your hands and sad to say, a knife and fork was required!  I have to say though, the meat just looked so delicious and scrumptious, so for those that love their meaty finger licking ribs, this burger is the PG rated version. 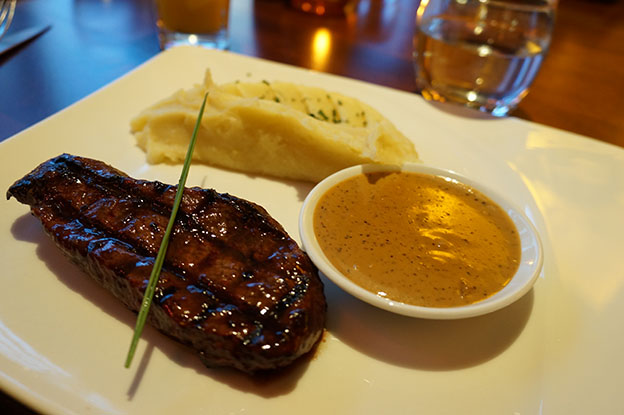 This diner opted for her steak to be cooked to a medium-well with just a hint of pink showing. It was a thick cut with a healthy amount of house basting to make the steak succulent and tasty. The mash, however, did not reach the same level as the rump steak and was too buttery to be enjoyed.

And the superstar of the show was… 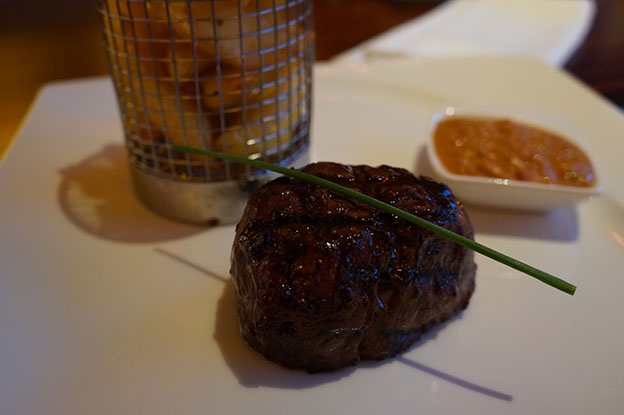 I like my meat to be almost breathing, so I ordered the steak to a nice, juicy, bloody medium. It arrived looking tiny, but not to despair, the pure richness of the meat fills you up. It was soft and instantly melted in my mouth like butter. The chips were thickly cut with a slight crisp, but the portion seemed to have been greatly reduced from previous visits. Nevertheless, I still enjoyed dunking them into the house chilli sauce. 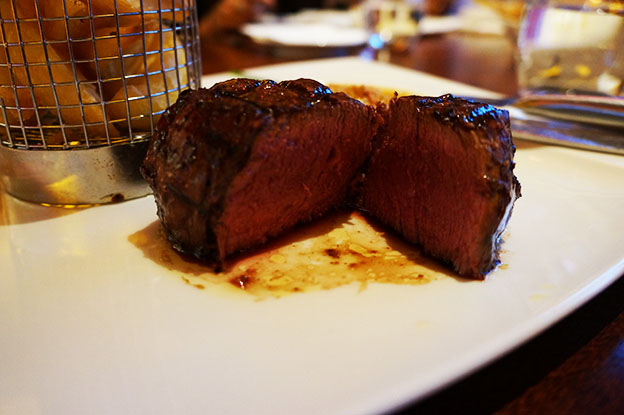 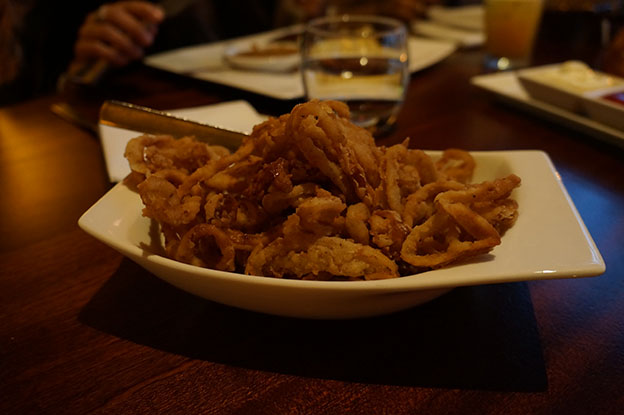 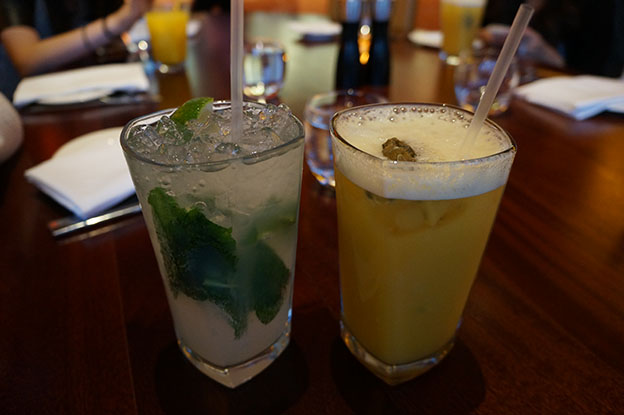 The bill came to a whopping £197 between the 7 of us but for the high-quality and scrumptious British meat we were served, this was an expected price. 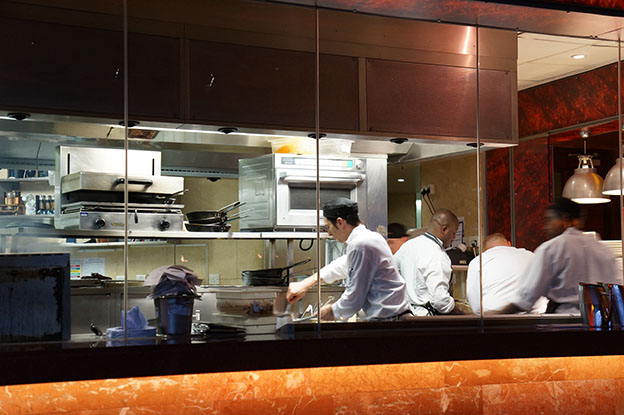 The Meat Co. will always be one of my favourites despite their ups and downs and I’ve come to realise that the best time to enjoy one of their delicious flame-grilled steaks is during the weekdays when they’re less busy and more attentive to the food that they are cooking up! From the numerous steaks that I’ve had in London, the ones at The Meat Co are definitely riding at the top of the list in terms of taste and location and I will always remain loyal to them no matter what.

The restaurant has confirmed the Halal status of all their meats.

Check out their meat paradise menu at http://themeatco.net/locations/uk/london/westfield-london 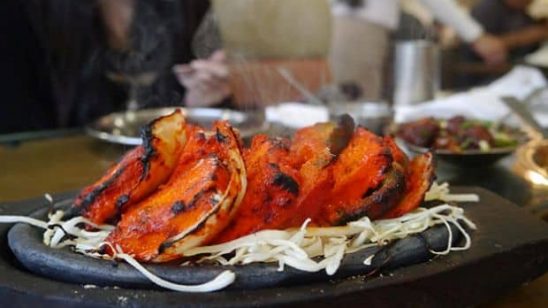 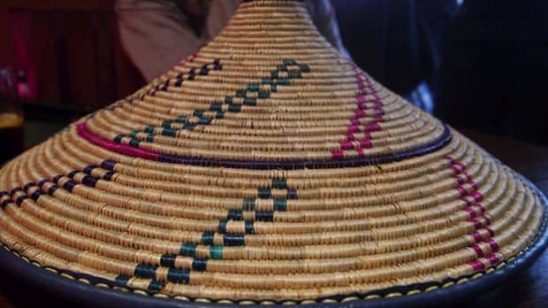 The Queen of Sheba