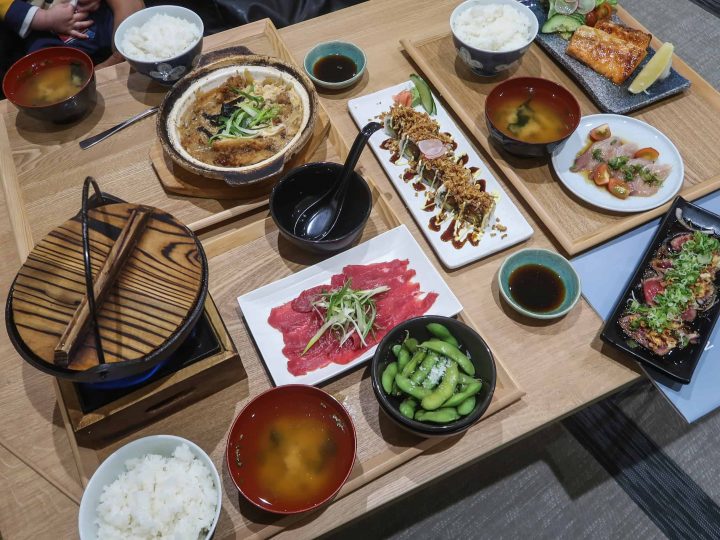 I am in love with sushi. I could eat it for every single meal, including breakfast (yes, I’ve had sushi at 11am on a Thursday morning). However, finding sushi with no alcohol is a chore and finding sushi with no alcohol that is good is even harder. So when I came across Mitsuryu in Chinatown, I was a little conflicted. A halal Japanese restaurant? Check. No alcohol in the sushi? Check! But was it good?

I arrived at Mitsuryu with baby in tow and was seated in a very traditional floor seating arrangement. The menu is a little complex but to simplify it, the first half are dishes that come as a set meal with a side, miso soup, and rice, and the second half is the a la carte. Consulting with the staff, I managed to choose a few popular dishes and waited for the feast to arrive.

I’m aware this photo does not look like much and I made the mistake of taking a snap of this dish last thus the mess – d’oh! A large hot pot arrived with a dark soy sauce, eggs, and a large fried chicken fillet. Whilst the chicken had become soggy, the fillet was simply spiced and I imagined would have had a good crunch when fresh. I was not too keen on the soy sauce and egg combination as the soy sauce seemed very rich, and would stick to the chicken katsu next time.

A hot pot arrived with a boiling soy based broth filled to the brim with vegetables with a plate of extremely thin slices of raw beef on the side. You dunk the beef in for around ten seconds before popping it in your mouth and taking a slurp on the soy broth. Unfortunately, the broth very heavy on the soy which overpowered every element in the dish and would have preferred a lighter broth like the one that comes with the shabu shabu.

Thinly sliced seared beef topped with a citrus soy sauce and an abundance of thinly sliced green onions. I found the beef to be chewy in some places and the sauce seemed lacklustre.

Kingfish carpaccio served with spring onions and tomatoes. The tomatoes seemed  misplaced on the plate but this was otherwise refreshing.

Yup, I yapped on about loving sushi but did not even order one roll, so opted for the spicy tuna roll with avocado and crunchy fried onions. As a sushi lover, this was not my favourite spicy tuna roll – the rice needed to be bound better and the tuna mixture just needed more of an oomph.

The total bill amounted to around £57 for two people, excluding drinks and service, so £28.50 each. Clearly, we had over ordered and there was enough food for four people, not two! The staff seemed quite clueless and aloof, but a couple of them were helpful and knowledgable. I do like that Mitsuryu is a halal Japanese establishment as it is a breath of fresh air amongst other halal restaurants. However, I do think a few items need tweaking to make it go from decent to very good.

Disclaimer: My meal was on the house!

For other halal Japanese restaurants: 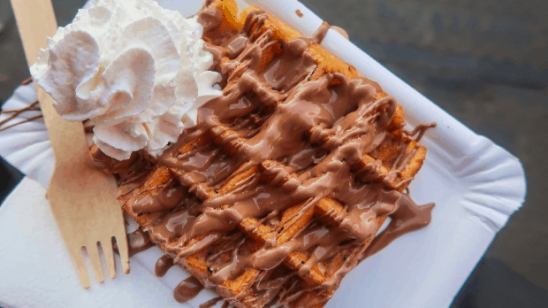 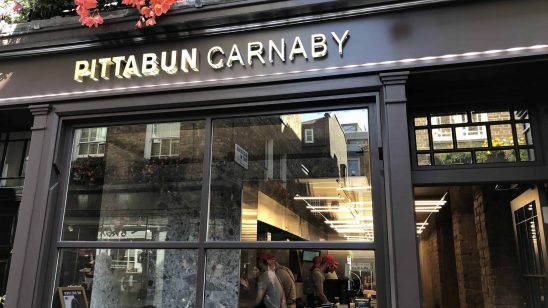