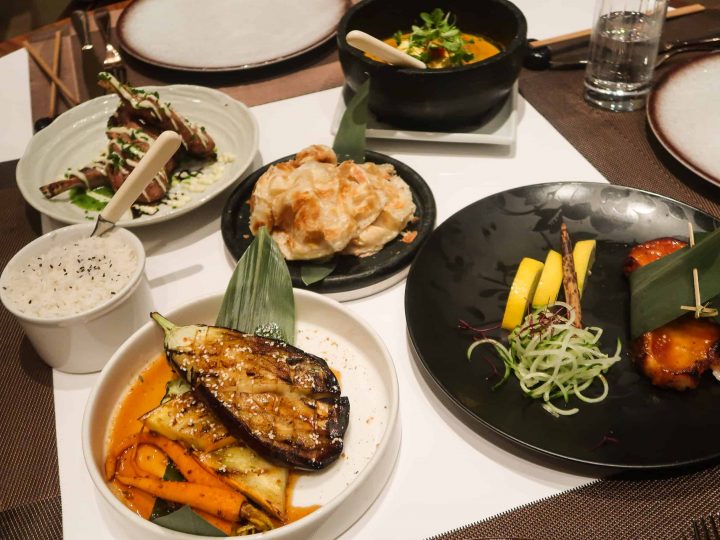 When it comes to HGAT, BW is my biggest fan, CEO/CFO/Editor, basically, 95% of my workforce, and Sugar Daddy. As great as he is, he drives me absolutely nuts. Ever seen the movie Horrible Bosses? Yeah, he’s all three bosses combined. One instance is when it comes to visiting restaurants. He’ll be sure to remind me, not once, but at least five times a week about a new restaurant I should write about. This time, it was Nirvana Kitchen.

Despite the restaurant being situated right down the road, I had always delayed my visit there. The menu looked so good and enticing, but it was the type of place you needed to go with a group of people so you could try everything. Well, BW had nagged me one too many times, and we ended up visiting Nirvana Kitchen on Friday night.

Arriving at 8:30pm, the restaurant was eerily quiet, with the exception of three taken tables (ours included). Hmm, weird, but we got ordering.

The Food at Nirvana Kitchen

Shreds of duck that were mixed in with chunks of watermelon, coriander, tangerine, and cashew nuts, with a drizzle of sweet hoisin sauce on top. The flavours of all the elements were great when eaten all together, but the dish on the whole needed to be refined – it all seemed clumsily put together. The duck could have been crispier, and I would have preferred the tangerine to be in segments or halves rather than the chunky pieces Nirvana Kitchen had placed on the plate.

A selection of vegetables – shiitake mushrooms, asparagus, and broccoli – which were dipped in tempura batter and deep-fried to a nice, golden colour. I would have liked more seasoning in the batter, and a spicy aioli would have been better than the other two sauces that accompanied the dish.

Slices of rare venison that were immersed in a yuzu soy sauce and topped with blueberries and fried garlic chips. The venison was exceptionally soft and tender, but the accompanying sauce was very salty and could not be balanced out by the sweet, juicy blueberries halves.

Large pieces of black cod which were deep-fried and served with a mint coriander dipping sauce. I was dismayed at the idea of frying what usually is a beautiful cod dish; the flavour was lost and it just tasted like an ordinary white fish.

My favourite dish of the night, and there was a glimmer of hope that maybe Nirvana Kitchen excel in their mains. The fish beautifully flaked away, and left a lovely sweet aftertaste in your mouth due to the marinade it had been cooked in.

I love Asian-style aubergine; the sweet, stickiness just draws me back in every time. Upon trying Nirvana Kitchen’s version, I was sad to find that both the aubergine and courgette were undercooked, giving a bitter flavour, despite the flavourful marinade.

The lamb cutlets were highly recommended, and arrived with wasabi roasted garlic sauce and edamame truffle puree. Sadly, they were extremely fatty and extracting any meat from them seemed to be a problem. The truffle edamame puree added a nice earthy flavour to the lamb, but the fatty cutlets let the dish down.

This Nyonya chicken curry was superb, packing a punch of flavour in every bite. The poached egg burst spectacularly into the curry, with the yolk adding a subtle richness to the already-creamy sauce. However, I would have liked the chicken to be of better quality.

Having had such good roti at Roti King, I craved that buttery, flakiness of the paratha, so opted for Nirvana Kitchen’s. Sadly, the roti was quite hard and claggy to eat.

The total bill amounted to £125 for four people, including drinks, service, and a 25% discount (having given constructive feedback with some criticism and some praise), so approximately £31 per person. As great as the concept of Nirvana Kitchen was, I do not think it was worth the hefty price tag. The dishes were a hit and miss, mostly misses, and as they have been open for a year, this had nothing to do with teething issues. Having said that, the customer service was great, and they went out of their way to make sure we had an enjoyable dinner. 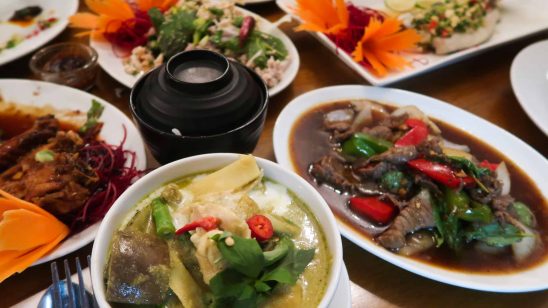 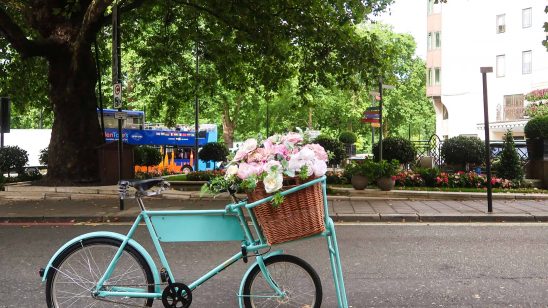