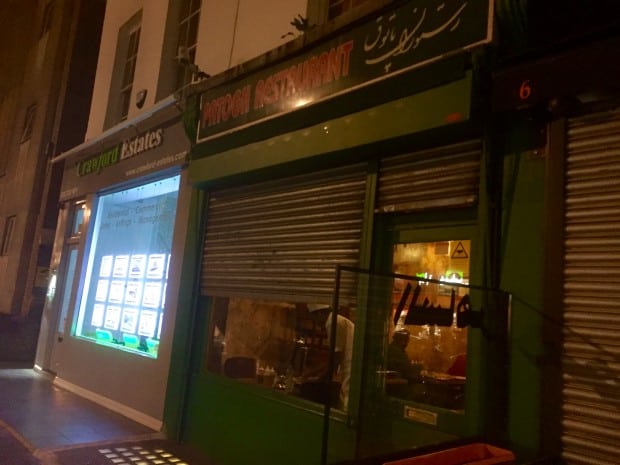 Last week, BW came home from work having had a really rough day, and being the amazing wife that I am, decided to plan our evening to cheer him up! However, all my suggestions (Netflix and chill, pizza making classes, wii-tennis marathons etc.) were all shot down, without even giving it a second thought – thanks, BW. As I was yapping on, I must have mentioned the Afghani restaurant I had heard rave reviews about because BW’s eyes suddenly lit up, and he wanted some heart-warming, comforting kabuli palow.

As we were making our way over to Patogh, BW was getting excited at the thought of a lovely, decadent Afghani spread, and so we sat down at our table and opened the menu. Uh oh, where were the bolanis? The mantu? Oopsy, l had made a terrible blunder and mistakened my Afghani food for Irani – BW was devastated! Still trying to salvage our night, I reassured him that it had been recommended to me hundreds of times thus must have outstanding food. He was sold, I think?

A humongous Persian bread that arrive piping hot from the oven to our table, and was topped with crunchy sesame and poppy seeds. By the way, that picture does not do justice on how big that naan really was!

Thick, whipped yoghurt that had been mixed with shallots and mint. The usual mast-o-mousir can be quite runny, however this was lovely and thick, and with the addition of the mint adding a nice freshness, I preferred Patogh’s version!

Just like the shallot yoghurt, this was a thicker version of houmous, however it was lacking that zing that normal houmous has.

BW opted for both minced lamb and boneless chicken skewers with rice, and was served with a minced lamb and minced chicken version instead. Not quite what he was hoping for but he made do with what he was given. The lamb koobideh was pretty good, with plenty of flavour, and a little less oily than what normal Persian restaurants serve. Some can see that as a good thing (like me) but others (BW) missed his usual koobideh and found it to be a little dry. The minced chicken on the other hand, was not our favourite, and any flavouring they had added was lost on me. The rice was lovely and buttery, especially with sprinkled with plenty of sumac – yum.

I opted for the boneless chicken dish which arrived in large, succulent chunks with salad on the side (y’know, to keep it healthy and all!). Although the chicken had been cooked well, I felt that the seasoning was on the light side and perhaps needed a little more to mask the flavour of just chicken. The salad was quite simple as well and did not add much to the overall dish – a shame.

Considering we had visited at around 10:30pm, it was still quite busy, and I can imagine the restaurant being packed on a weekend at peak time. The restaurant is tiny, cosy, and intimate; I estimate around 8 two seater tables downstairs (and upstairs too) with a large open kitchen dominating the space so you can watch them freshly grilling the meats on the fire. The decor was lovely and felt like I was eating in a restaurant in Iran.

The bill amounted to approximately £32 for two, so £16 each (beware, they only take cash). Definitely an affordable Persian option considering it is based in Central London, however, with the likes of Alounak, Sadaf, etc. only a few minutes drive away, I know where I would choose to go on any given evening. I shouldn’t compare, but the main dishes at Patogh were not up to the same standards as that I am use to; a shame considering the numerous amazing reviews about their food. Having said that, the starters were decent with the mast-o-mousir being my favourite, and don’t get me started on that deliciously HUGE naan – yum! BW, on the other hand, was quite disappointed; with promises of delicious Afghani food becoming promises of an immaculate Persian hole-in-the-wall type meal, the food did not hit the spot for him. But spending his entire evening with his ultra amazing wife definitely cheered him up, for sure, I think? 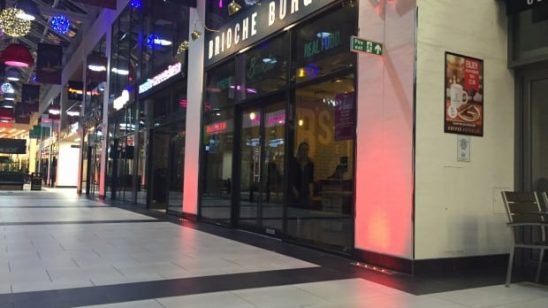 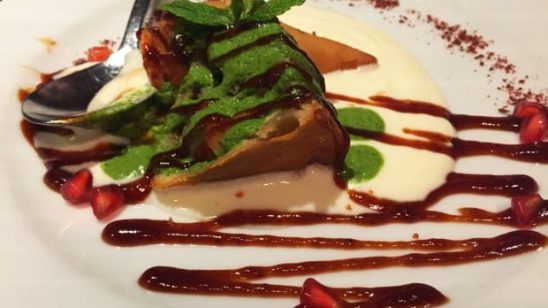