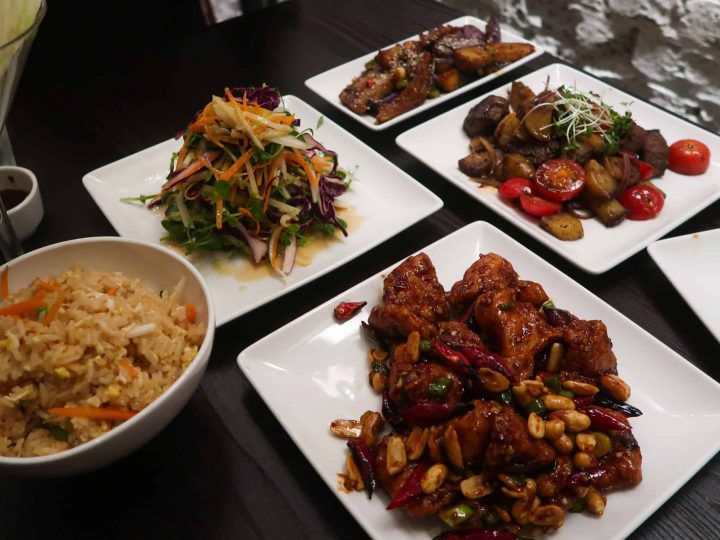 When P.F. Chang’s first hit the halal scene in London, I kept a close eye on the general reception to the restaurant. They seemed to be getting a warm welcome by the Muslim community, which was good, but I decided to wait it out. Over a matter of weeks, I started to read review after review singing it’s praises. Despite this, I still decided to sleep on it. The final straw came when my social media became flooded with dynamite shrimp. Yup, this was a clear sign that it was time to make a visit.

It was not that I didn’t want to go to P.F. Chang’s, but upon previous visits both in Dubai and the States, I thought the food was just okay and it wasn’t a priority for me. Things clearly must have changed after seeing all the highly rated reviews everywhere, maybe I was wrong, maybe P.F. Chang’s was the halal place to be! So we made a booking and made our way over there with another couple.

Walking in, the restaurant was lively, buzzing, and every table was booked up. Good thing, we made a reservation! We got seated and after much deliberation, ordered our food.

Right, you’ve all been wanting to know about these so I thought I would get them out the way first before we get on with the rest of the review. P.F. Chang’s dynamite shrimp are so popular that I know people who go there and just order 5 portions of these addictive little guys. What are they exactly? Crispy, deep-fried shrimp that have been lightly coated in a mayonnaise and Sriracha concoction. These could have done with a little more crunch and a little less of the tangy mayonnaise, and although they were one of the better dishes that we ordered, I have had better versions of dynamite shrimp at Kurobuta and Nobu.

Chicken mince that had been cooked with hoisin sauce, mushrooms and spring onions, and served alongside lettuce cups and soy sauce. The filling was quite dry and although the sauce was a saviour, the flavouring let this dish down.

Chicken wings that had been coated in a sticky and sweet sauce of chilli jam and Hunan spice. As soon as I bit into the wings, I was instantly put off by the “not fresh” taste of the chicken and the accompanying marinade did not do much to mask the taste either.

A yellowfin and ahi tuna, black truffle filled, sushi roll that had been finished off with slivers of avocado and salmon. Although I would have like the pungency of the black truffle to come out more, the rainbow roll on the whole was decent.

Pieces of rib-eye steak that had been seared in a wok and served alongside potatoes, grape tomatoes, and  onions. The rib-eye was exceptionally soft with a nice subtle flavour coming in from the black pepper sauce and garlic glaze, but I would have liked it to be saucier.

Fried chicken pieces that had been coated in a chilli marinade and served with crunchy roasted peanuts and red Szechuan dried chillies. Szechuan chillies are known to be a killer, so I expected this dish to be fiery hot. Weirdly, in a good and not so good way, the dish did not have that killer chilli kick to it as I expected, but was nevertheless one of the better mains.

Deep-fried prawns that had been dusted in salt and pepper and served with a zingy mustard sauce. Sadly, this dish was the biggest disappointment of the evening as the prawns lacked flavour and were quite soggy. The accompanying dipping sauce could only help so much.

The salad was actually really good and made with fresh – the mandarin dressing was refreshing and sweet, and combined well with the sesame oil it had been mixed with.

Thin slices of baby aubergines that had been sautéed with chilies, spring onion, and ginger. Another one of my favourite dishes of the evening with the smoky aubergine combining well with the slight kick of the chilli.

The total bill amounted to £130 for four people, including drinks and service, so £65 per couple. I was surprised that the total was not outrageously expensive; sure, it is a little on the pricey side but I expected it to be double of that! The food at P.F. Chang’s wasn’t all bad – dishes like the chilli aubergine and stacked salad were great – and I can see the appeal of wanting to go there, but as a table, we found the food to be just okay. I say check it out at least once, you may have a better experience than I did, but don’t make it a priority.

For more Chinese restaurants, see below: 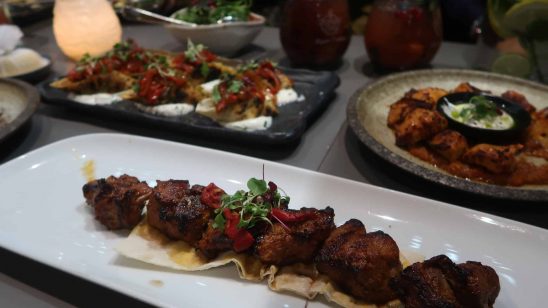 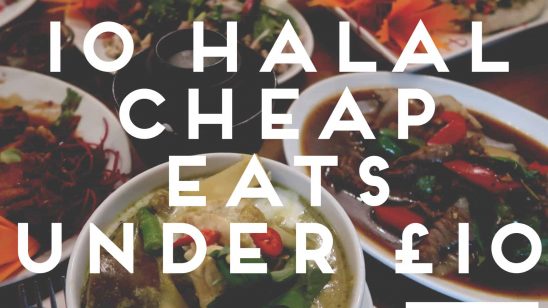 Where To Find: The Best Baklava in London

Where to find: Halal Duck in London

Coffee Desserts in London Worth Trying

Where to Find a Halal Sunday Roast in London