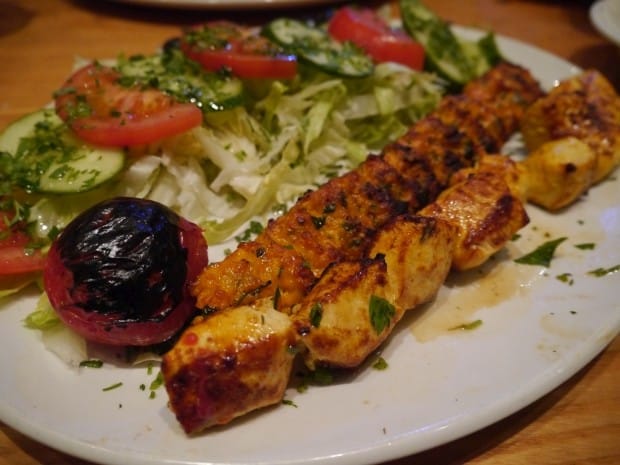 Having been married for almost 7 months now, I’m sad to say that BW and I have fallen into the fat-and-happily-married rut (oh yeah, it exists so beware all you engaged couples!). It was a gradual process that none of us had noticed until last week, when BW stepped on the scales and had a shock. Laughing at him and his fatness, I too got on the scales and almost died at the number of pounds that had slowly creeped on.

Determined to burn this fat, we grabbed our running shoes and off to Hyde Park we went! After an exhilarating and hardcore run (the longest I have possibly ran without stopping!), I definitely felt like I had lost some weight on my left ankle or somewhere, so I turned to BW and demanded we feast like kings at Alounak. BW looked at me like I was crazy but I promised we would just order the grilled meats so that was that.

Yeah, of course it didn’t go according to plan and instead of Alounak, I thought I would make it into an opportunity to blog so we decided to go to a different Persian down the street, Sadaf! Getting comfortable and cosy in the warm restaurant, we were ready to order!

A creamy yoghurt sauce mixed with shallots. This dish was quite similar to Colbeh or Alounak’s version but had a slight tangy aftertaste in each bite.

This smooshed aubergine dish really surprised us and was incredibly moreish! The aubergine had a subtle tang from the sharp garlic followed by the crunchiness from the fried onions and walnuts. The whey then added a nice, creamy consistency to the dip and made this perfect for dunking the hot, doughy house bread into. I highly recommend ordering this dip if you’re a fan of aubergines!

BW opted for this so that we could try both the fillet and the koobideh. Of course, the koobideh trumped the lamb fillet by far and was well flavoured. It had been cooked in such a way that the minced lamb kebab was able to retain a nice juiciness and you could taste the individual components of the parsley, chilli, and minced onions. The fillet, on the other hand, lacked any flavour and was quite bland until we decided to smother it in the house green chilli sauce giving it a huuge spicy kick! Beware, this green chilli looks mild but packs in a serious mouth burning punch!

I opted for the chicken version of BW’s dish which was a skewer of minced chicken and a skewer of boneless chicken pieces. The minced chicken, albeit being tasty, was pretty standard and we both preferred the lamb version. The boneless chicken managed to stay moist throughout the meal and only became slightly dry right at the end. It had been flavoured simply with saffron and olive oil, and you could taste the slight zing from the lemon juice in each chunk.

The amount of food we had ordered was just the right amount for the two of us; actually it was probably a bit more than necessary. Like any Persian restaurant, Sadaf’s portion are pretty big and I could barely finish my own dish alone (and this is without rice!) so keep this in mind when ordering. Before some of you go into a tirade about not ordering enough, I don’t believe in wasting food so what we had ordered was more than sufficient, plus it was just the two of us – maybe I’ll re-review once we go back with a group (let’s also be kind on my expanding waistline!)!

The total bill amounted to around £40 for two, including drinks and service, which I found to be quite reasonable considering it is on par with Alounak prices and is based in the west end! The restaurant was relatively busy for a Thursday evening with groups of diners still arriving past 10pm. Sadaf is the perfect restaurant for a catch-up meal with a friend or date, or even just a casual family meal – it’s quiet, spacious, and child friendly. The staff weren’t the most attentive so trying to call a waiter for the bill proved to be a tiny bit difficult, plus the food did take quite a while to reach the table, however despite all of this, Sadaf did provide us with an enjoyable, hearty meal.

Alounak is still my number one, fail-safe, go-to Persian but Sadaf is definitely a close contender. Their koobidehs really nailed it and how could I forget that gorgeous, creamy aubergine dip! So now when the queues for Alounak are too long, I’ll be able to walk down the road to Sadaf for a quick Pesian fix. Not that this does any good for my new diet but hey, I just love my food! 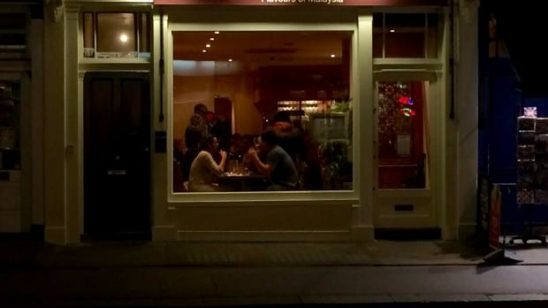 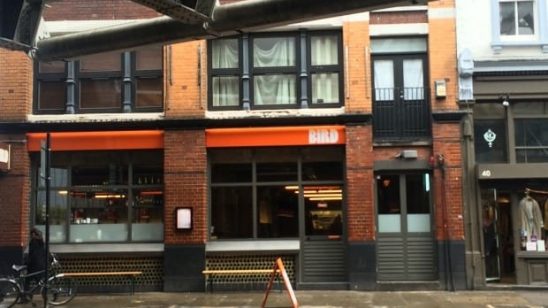