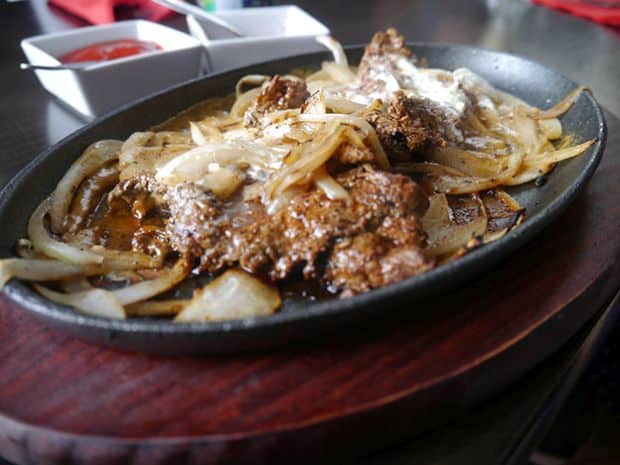 Despite being a food blogger, I always tend to be the last one to find out about new and upcoming halal restaurants. I guess I’m not with the “in-crowd” just yet, but I do have the resources to eventually find out about a restaurant – sadly at times it is months after it has officially closed. But today I will make up for that as, wait for it, I did in fact find a new restaurant the day after it opened its doors to us ravenous Muslims.

Steakout technically isn’t new, but it is great news for those North Londoners who have not tried out the original restaurant based in South London.  A couple of years back, my family and I had travelled to the South of London and tasted what Steakout had to offer. It was fairly tasty, but we weren’t blown away.  This time I went with high hopes that they had improved their game and flavour for the new branch in Harrow – oh, how I was wrong.

Chicken Cheese Balls
These deep fried chicken balls were mixed with potato and cheese so when bitten into, the cheese oozed out. These I have to say were absolutely delicious and original.

Steakout Style Fillet Steak
This entrée was the only decent dish of the night with the fillet steak being soft and slightly buttery. The “steakout style” caused the steak to be flattened whilst maintaining a peppery punch due to the marinade, however the accompanying mushroom sauce was poor and ended up just being a completely pureed cream on my steak without any mushrooms in sight.  Did it even taste like a mushroom sauce?  No.

Brother B and I have the same tastes in food, so he naturally ordered a fillet steak too but with “very hot” chilli sauce. I have to be fair and say it was good, but it was no Meat & Wine steak and the request for the meat to be cooked medium rare actually ended up with the steak being overcooked to a grey hue.

With great hype for the opening of this restaurant many people had shown up throughout the evening.  This is wonderful business, but also detrimental when you run out of food so early in the evening.  I had ordered garlic mash, but it was unavailable and would take a long time to cook. So I opted for a quicker masala chips that were in fact thick steak chips powdered with chilli – nothing great, or perhaps Nargisi has just spoilt me too much!

Sister M and Dad ordered these steaks with mushroom sauce and hot chilli sauce. The steaks came over-cooked yet soft but the sauces were not up to scratch.

Philly Cheesesteak
Here we thought we would receive a baguette topped with steak slices and hot, bubbly liquid cheese on top. Well, this diner received, presumably, a sirloin steak topped with standard supermarket cheese that wasn’t melting lusciously all over. The steak itself was chewy, overcooked and had large pieces of inedible fat surrounding it – complete disappointment, even for a fat lover like me.

Steakout had been open for a day and a half but had run out of food very early so they began to turn away people who had come straight after us. I’ll be forgiving and say that because they have just opened, they have a lot to work on and I may return to the restaurant in the next few months to see if they have improved or not. Opening a restaurant can be stressful and can be overwhelming when there are a lot of customers queuing to get in with high expectations of the original Steakout.  This could hence explain the shaky service, but regardless, a place should only open when they are fully ready to be bombarded with orders.

Price wise, it was overpriced for the quality of the food; the total bill came to £129.91 without tip.  With expensive steak houses such as Meat and Wine Co. being only a few more pounds pricier than Steakout, you would expect the meat to be of good quality and taste. This was not the case with the restaurant and they should consider lowering the prices so that it is suitable for everyone.

I wouldn’t say give Steakout a complete miss but definitely wait a few months before you visit, when they are more established and able to cope with large crowds. I reckon the foods will definitely improve from what it is right now and they’ll be able to charge a reasonably high price for what they deliver.

As for being part of the “in-crowd” – I’m not quite there yet but I’m slowly making my way up the social ladder, thanks to all you readers’ hints and recommendations.  So thanks a lot guys and keep those suggestions rolling in! 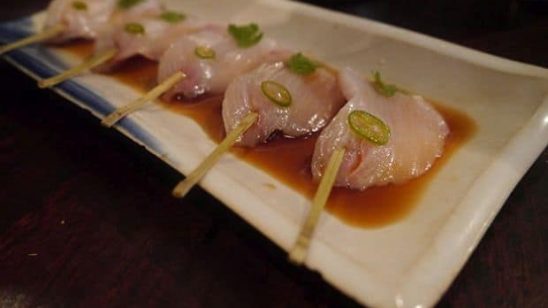 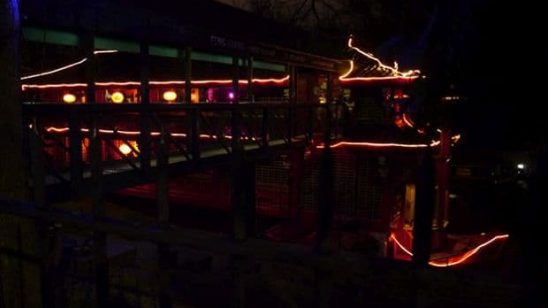