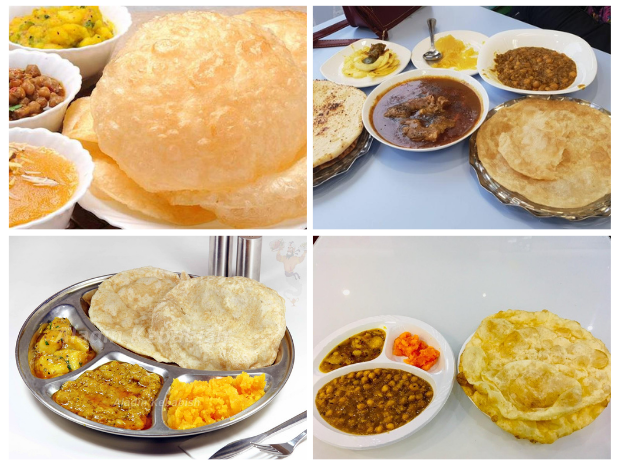 Your Guide to Halwa Puri in London

What is Halwa Puri?

Halwa Puri is a traditional breakfast platter that is served throughout Indian and Pakistani communities. Not only is it a great way to start the morning but it is also a meal for the whole family to congregate around. You’ll find families gathering around a halwa puri nashta on the weekends either at home or queuing up at one of the many establishments around London.

It consists of the following:

So now you know what halwa puri is – the breakfast of dreams – but where exactly can you find halwa puri in London? Don’t worry, we’ve got you covered with an extensive list below – be sure to let us know if we’ve forgotten anywhere in the comments section below!

Where Can I Find Halwa Puri in London?

Fancy halwa puri with a show? Grab a spot in their weekend queue and watch them fry the delicious golden puris fresh to order.

When you look up reviews for Nagina in Ilford, you’ll find “best halwa puri in the world” and “undisputed king’s of halwa puri”- unsurprising given they have been dishing out a typical Lahori breakfast 7 days a week for almost 50 years! Unfortunately, the lovely owner, Iftikhar Hassan, passed from Covid towards the end of last year; however they are still going strong and are serving their longtime customers.

Where To Find Halwa Puri In East London:

Given the name, you know what you’ll find over here – an abundance of halwa poori! At a bargain price of £5.99, you’ll get an individual portion of choley, halwa and aloo ki bhujia with a helping of fried puris.

You’ll easily find Ideal Sweets by following the aroma of fresh jalebis being fried by the shop front. As well as the usual sweets like rasgulla, mithai and ladoos, Ideal Sweets also serve up a great halwa poori to the masses come the weekend. Add on a couple of samosas and a falooda for a really indulgent breakfast.

Where To Get Halwa Puri in South London:

Perhaps one of the more popular establishments on this list, Aladin Kebabsih have been serving their halwa poori nashta to the masses every weekend and it’s rare not to have to wait in a queue. Their nihari and paya are a must order too.

You’ll know Spice Village by the Drive Thru dinners but did you know they also do halwa poori? And if you don’t fancy sitting in to eat some, they have a Nashta Box to take away which contains everything you need to have a halwa poori breakfast at home!

Where To Get Halwa Poori in West London:

Have we missed anywhere else? Let us know in the comment section below! 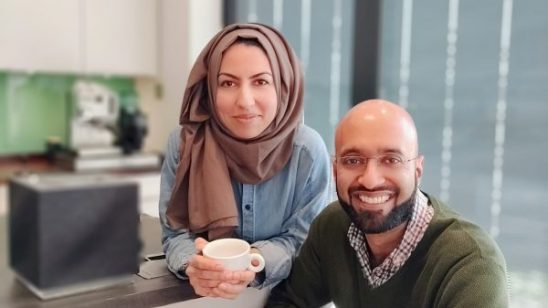 20 Minutes With: Tauseef And Sarah Mehrali, Founders Of Jeem Life And Creators of The Jeem Journal 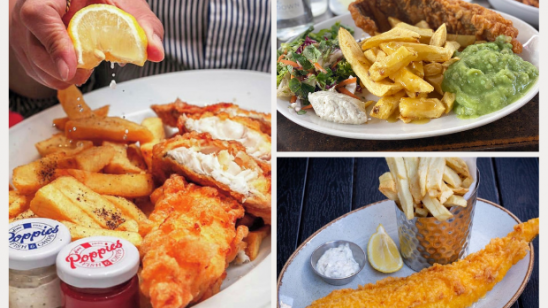 Where to Find Halal Fish and Chips in London