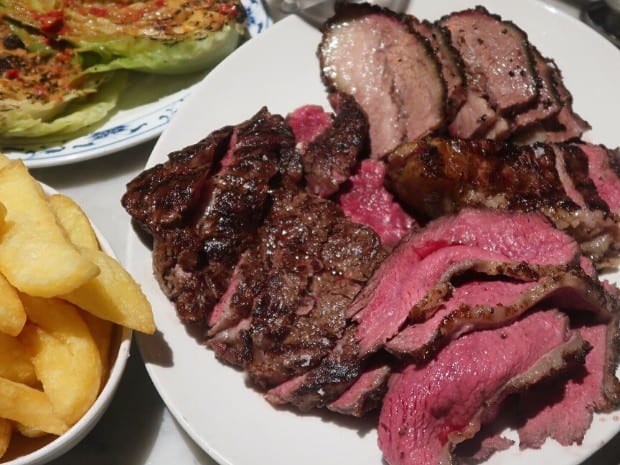 *This branch is now closed*

Last month, I was kindly invited down to Zelman Meats in Soho to check out their Canadian beef offerings, which of course is all halal! Now, I love steak and have had my fair share of very good and very, very terrible halal steaks, but an excellent steak with all the trimmings would definitely would be my last meal on Earth. So when the invitation from Zelman Meats Soho popped up in my inbox, I was happy to accept!

They have recently started rolling out Canadian beef steaks on their menu and with an AA grading, these are some of the best quality halal steaks you can get. I won’t bore you with the details but to keep it simple, the reason why these Canadian beef steaks are so good is because they tend to use younger cows meaning the meat is more tender. The AA grading indicates that the meat also has more fat marbling than the standard level of beef. Sure, it isn’t the cream of the crop when it comes to grading, but it is darn close to the top.

Right, enough chit chat about cows and onto the fun part, the steaks!

THE FOOD AT ZELMAN MEATS SOHO

Then it was time for the main star of the show to arrive: the steaks plus alllll the trimmings. So many trimmings that we couldn’t even fit it all on the table!

They had four offerings of the halal Canadian beef for us today; the picanha, brisket, rib eye, and striploin. The steaks they have on menu tends to rotate so you will have to ask the waiter which cuts are halal when you visit.

Known as the rump cap, the picanha steak is not as marbled as most of the other cuts, like the ribeye, but has a thick layer of fat that melts into the steak whilst cooking. Unfortunately, the fat isn’t as soft as one would hope but the surrounding meat is lovely and tender.

The brisket, on the other hand, had been smoking since the night before, achieving a nice blackened crust and produced soft pieces of brisket with a layer of fat that melted instantly.

The striploin and the ribeye were both the tastiest out of all four steaks, but the ribeye took the trophy of being the best, thanks to its generous amount of fat marbling. This is a must, must order at any steak restaurant!

Not even the vegetables are spared the fire here at Zelmans. The cabbage is sliced in half, chargrilled, and topped with an anchovy, chilli, and garlic mixture, that is such a salty, umami flavour bomb that you forget you’re eating cabbage.

A slice of velvety smooth vanilla cheesecake with a serving of mixed berry compote on the side. Unfortunately, I was quite full from all that steak to really truly enjoy this, but my fellow diners polished theirs off.

As mentioned earlier, the steak offerings on the menu does tend to change so today, just two options were halal: the  Australian ribeye and the Canadian sirloin. 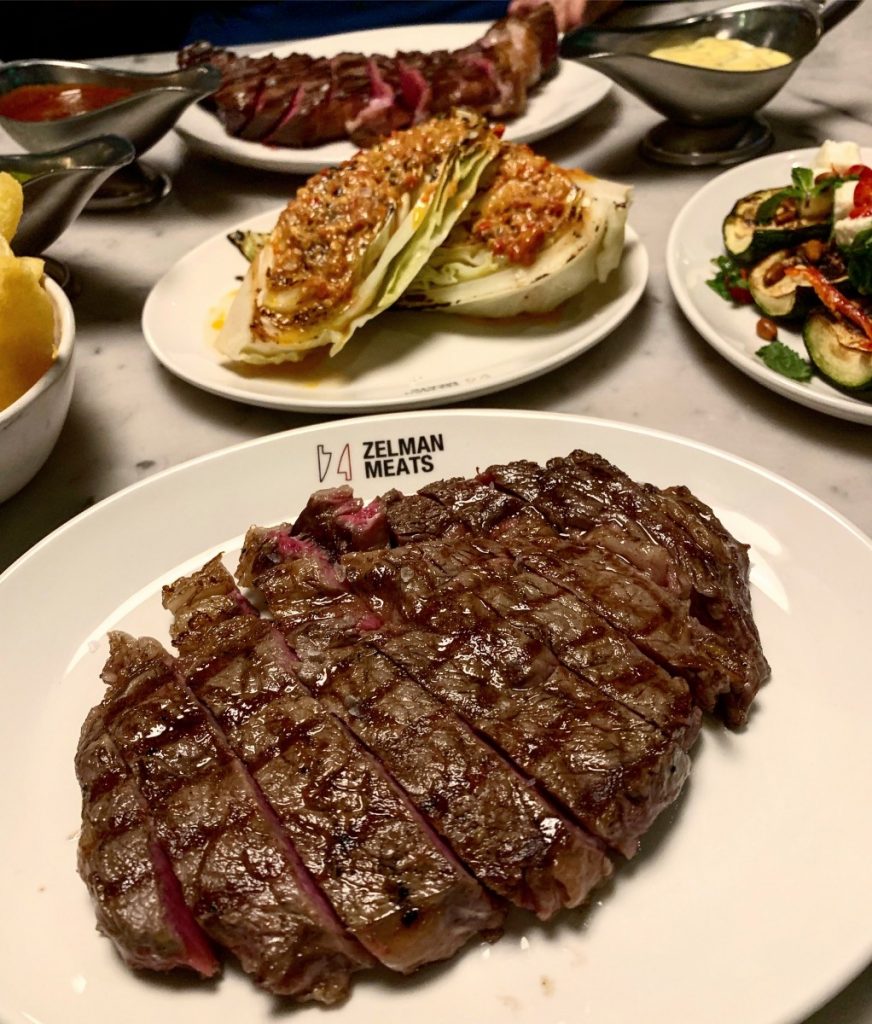 We had the carpaccio as a starter and for the sides opted for the chargrilled zucchini, black truffle and parmesan triple cooked chips, and the hipsi cabbage (you guys have to try it!). Whilst I devoured the hipsi cabbage and triple cooked chips, the zucchini was not a hit with us as the vegetable was in dire need of something, anything. The chilli and the feta cheese were a nice addition but without them, it was just a plain courgette.

The steaks were fantastic, as usual, and cooked to a good, juicy medium-rare – just how we like it!

Followed by a dessert trolley, which I need to have in my life everyday, which served tiramisu or apple pie. We chose the apple pie but were quite underwhelmed and perhaps should have gone for the tiramisu (which has no alcohol).

I think I may have rolled out of Zelman Meats Soho both times; I was that full. A satisfying full, that is. Nevertheless, you must go and check out the Canadian beef offerings at Zelman Meats Soho, it really is worth visiting if you’re in the area or even as a quick meal before a theatre show!

Halal status: Please note that they do serve non-halal steak here so you must inform the waiter that you only eat halal so they can point out what is halal and inform the kitchen staff to avoid cross contamination.

Disclaimer: I was invited here on both occasions

For other steak restaurant reviews, see below: 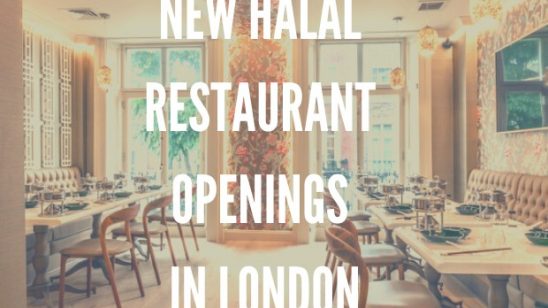 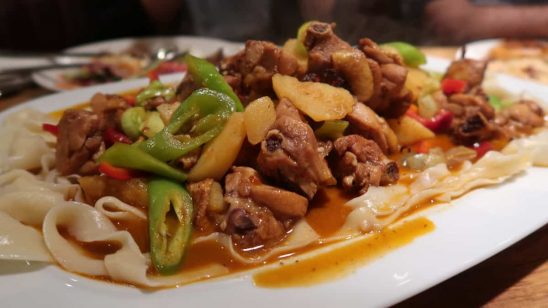