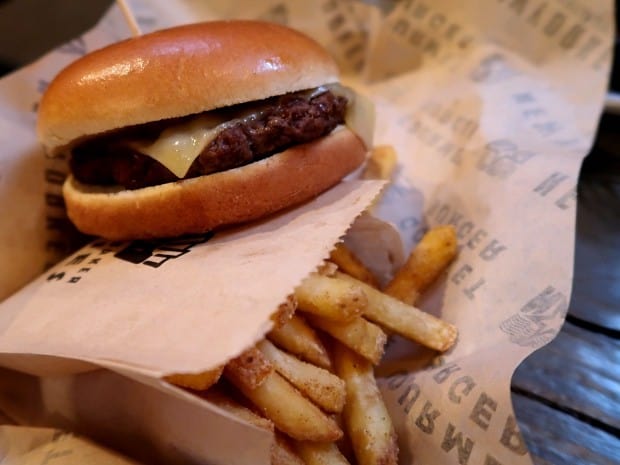 When it comes to food, I am perpetually indecisive. Not because I’m a fussy eater, but the first thing that crosses my mind is: is this bloggable?, what about ‘grammable?, and will BW actually want to eat this? He has even voiced his concerns about how he can’t have a normal dinner with his wife without jumping through 10,000 hoops. Here’s an example of what he had to endure last weekend when we stopped by New Yorker Diner in Manchester.

Cue BW and myself sitting at a cosy table for two. BW is looking around and observing the surroundings, whilst patiently waiting for me to finally come to a decision.

BW: Cool, do you know what you want?

Me: Right, 1 cheeseburger, cheesy fries, and a portion of chicken and waffles.

BW: Cool, I’ll get non-cheesy fries for me

Me: Oh wait wait, okay, lets get a cheeseburger, 1 chicken wings, normal fries, and a hot dog too.

Me: And a mac and cheese!

BW: No. No mac and cheese. Why do you always do this?

BW: And a hotdog. Okay I’m going to order.

*BW gets up to order, and a full 60 seconds later, I run up behind him, all frazzled*

Me: Scrap the wings. Scraps the wings!!!

I honestly don’t think I’ve seen someone’s eyes roll back so hard before, but this is an almost daily interaction between us both!

Having waited what felt like an eternity, the buzzer finally notified us that our meal was ready to be collected after a good half hour of waiting. Hm.

We opted for the simple NY Cheeseburger, and upon arriving, it looked quite sad. The idea of a smashed burger patty was great, but New Yorker’s was poorly executed with a lack of seasoning and the meat was quite dry. The bun, although gloriously glossy and held together, was very hard around the edges and the meagre amount of sauces inside the burger was disappointing.

The accompanying fries were decent, and seemed quite fresh.

A beef frank arrived piled with salad, spicy jalapeños, plus a good drizzle of mustard and ketchup. It was aesthetically pleasing, but the hot dog was not anything out of the ordinary and I felt without the mountain of condiments, this would have been average.

A buttermilk waffle topped with huge pieces of crispy, fried boneless chicken thighs, and served alongside maple syrup, the house sauce, and purple cabbage slaw. Given the disastrous burger, this was surprisingly and outrageously good, and dare I say, the best chicken and waffles I have had.

Cutting in, the chicken thigh was satisfyingly crunchy and so incredibly moist on the inside that I just couldn’t get enough, especially with the sweet maple syrup that I had drizzled, no, POURED on top. The waffle remained fluffy and maintained its structure throughout the meal without going soggy. A fantastic item and was the saviour of the meal.

The total bill amounted to £23.75 for two people, so around £12.00 each, including drinks. I found this to be excellent value for money, especially when you are charged almost double this in a London halal burger joint. Mind you, they did add in a cheeky and random 30p “Eat In” charge.

In terms of service, there were only two members of staff manning the restaurant, one in the kitchen and the other in front taking orders, and both seemed frazzled. Trays of food from previous diners remained on the tables and were not picked up, even long after we had finished, plus the wait for the food was far too long. Perhaps they were short-staffed, but seeing as it was quite busy on a Saturday afternoon, I cannot imagine how they handled the evening shift.

By the way, I spent about 10 minutes dabbling between getting a dessert or not, until BW dragged me out of there. But you have to get their milky bun; a doughnut that has been filled with a gelato flavour of your choice, plus a couple of toppings, wow! 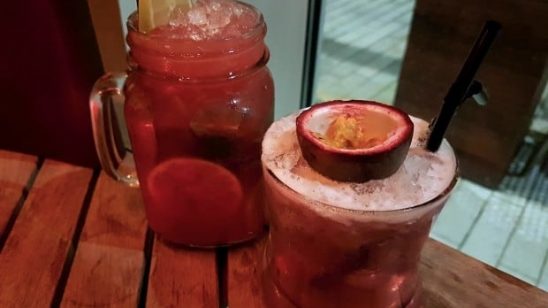 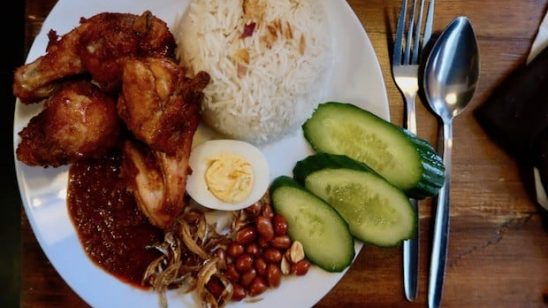