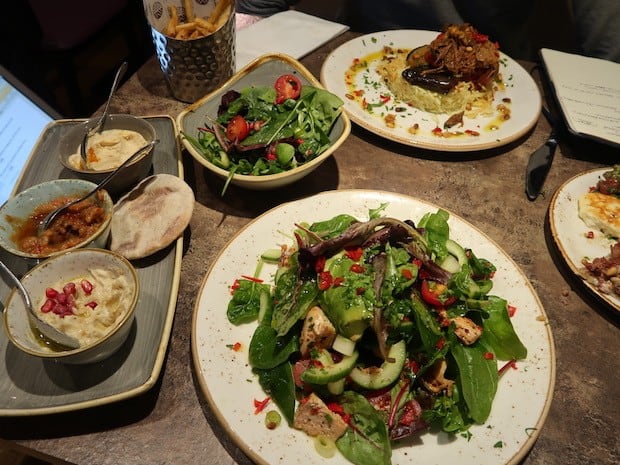 Working from home has it’s perks; I get to have that extra 30 minutes of sleep in the morning, conference calls can be done in my pyjamas, and most importantly, my bed sometimes makes the most comfortable desk. However, there comes a point during the week where I just have to get out of the house. I usually make it as far as Thursday, by which time I’m itching to be anywhere but home, and talk to someone in person other than tapping away on my phone. Thursdays have now become the day I do all of my meetings and running around!

Really feeling like trying out something new, I decided to meet K at Tabun Kitchen for a quick work lunch (mind you, this was before Ramadan!). The restaurant was surprisingly busy so we got seated and waited to order! The helpful waiter finally came over to us and explained the menu, before throwing a few food suggestions our way.

Manaeesh is the Palestinian’s delicious take on pizza! Due to my indecisive nature, I opted for the manaeesh to be half and half; one half za’atar and Akkawi cheese, and the other with crumbled lamb kofte and tahini. The cheese used with the aromatic za’atar was light and nutty with a good creaminess, but my favourite topping, naturally, had to be the lamb with tahini. The kofte was juicy and had a good amount of seasoning, but it was the pine nuts and drizzle of velvety tahini that really brought it all together nicely.

The cute tiny pittas were hot, fluffy, and freshly made, and had been served alongside a trio of popular starters: hummus, aubergine moutabal with sweet pomegranate seeds, and a fava bean based hummus. I feel the original hummus and moutabal could have benefited from more seasoning, but the fava bean dip really stood out to me especially with the chilli sauce that they had spooned on top.

Perfectly ordinary grilled slices of squidgy halloumi cheese, served with an avocado salad (in other words, guacamole). A dish so simple and easy to execute at home that the eye-watering £7 price tag did not seem fair.

Freshly fried thin fries that had been dusted in a Za’atar salt, and were so gooooood.

At this point, we were on the fence about ordering mains, as the starters seemed to be adequate enough for lunch. But, that would be no fun, would it?

A mound of rice topped with soft shredded lamb, pine nuts, and finished off with olive oil. The lamb was mouth-meltingly soft and well cooked, but I found the flavours to be a little bland.

Za’atar is a blend of dried spices, sumac, and sesame seeds, which is super popular in Middle Eastern cooking and gives any dish a slight citrusy, woody, and moreish flavour; i love it smothered on top of freshly fried eggs or even on hot buttered naan. Gosh, I should really write these posts after Iftar time, I think it will make my life much easier!

As part of their main course, Tabun Kitchen offer a za’atar chicken salad, and as a massive za’atar fan, I had to order it. A relatively large portion of salad arrived quite some time later, and had been mixed with small chicken pieces and dressed in a sumac vinaigrette. I was sad to find that this big £14 salad had around 5 small chicken cubes, that although tasted superb with the za’atar, were overpowered by the heavy use of olive oil in the dressing. I would suggest skipping on the salad or asking for the dressing on the side.

The overall bill amounted to approx £66, including drinks and service, so £33 each. Honestly, I found Tabun Kitchen way, waaaay overpriced – £14 for a chicken salad is insane – and given that the food is just okay, I do not think I will be returning for a while. Having said that, I was informed by the manager that they will be changing the menu shortly so maybe the food will be great, but I’m unsure whether this change will be reflected on the prices. 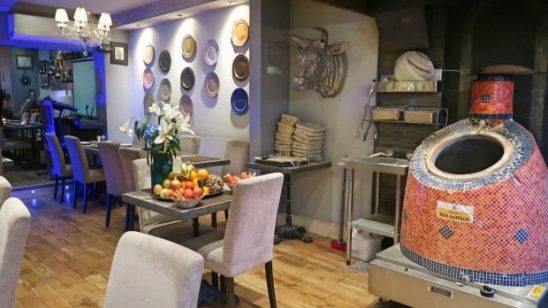 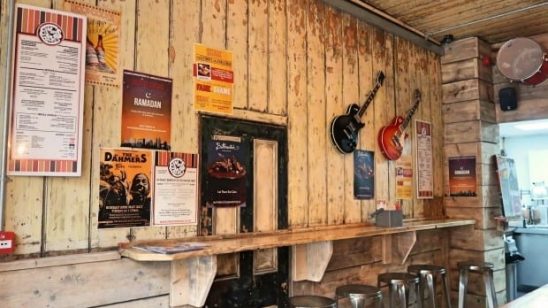