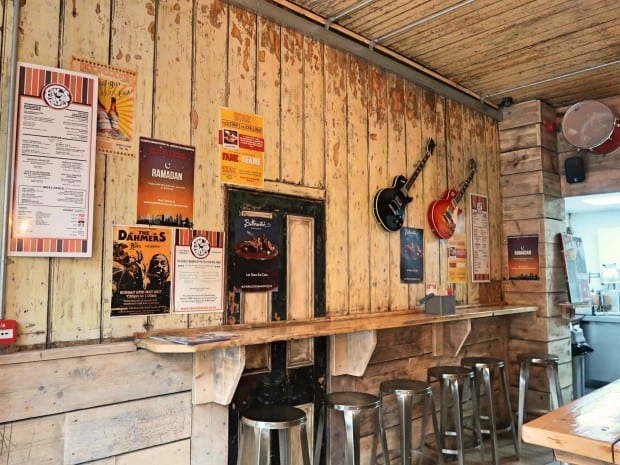 I feel like I haven’t written about a halal burger joint in, what seems like, FOREVER. That’s because I vetoed any halal restaurant in London that specialises in these so-called ‘gourmet’ halal burgers, and for a good while, I stuck to my word. However, one fateful grey Saturday afternoon, I happened to scroll past one of those super cheesy, “Instagram” burgers and I’m sad to say, my cravings got the best of me. Before BW knew it, we were on our way to Famous Flames in Camden and I was dying for just a tiny little bite to satisfy that burger itch.

Famous Flames is based in the heart of Camden and is one of the newest members of the popular Feed Your Soul group of restaurants, also home to Stax and Boondocks. Although the latter two have very similar menus, Famous Flames is the black sheep of the family and specialises in an assortment of wings, crispy fried chicken tenders, and burgers served in the famous Martin’s Potato Rolls (think Shake Shack buns).

Large chicken tenders that had been dipped in buttermilk, dredged in flour, and deep-fried, with garlic parmesan for dipping. The bubbly batter would have benefited from being more crispy and also seemed to not be seasoned enough; a shame considering that they looked super yum. The garlic parmesan accompaniment was creamy, salty, and with a nice garlicky kick, and I wish the tenders had been coated in this.

A portion of ginormous double-jointed (yay!) wings that were fried, smothered in a chipotle honey habanero bbq sauce, and finished with chopped coriander. They arrived piping hot, with the chicken being incredibly soft and juicy, and the skin having a slight crunch when biting in.

The sauce had a lovely smokiness and was sweet and sticky, however, I would have like the  habanero chilli to be more evident, as it would have given the wings a kick of flavour.

I guess I’m so used to halal burgers being the size of my head, that I was shocked to see Famous Flame’s cheeseburger being so cute and bitesize, very similar to that of Burgeri’s. Tucking in, I immediately picked up on the juiciness of the patty, the way the soft potato bun just squidged when biting in, and the creaminess of the tangy “comeback” sauce (fancy burger sauce), and actually preferred Famous Flame’s cheeseburger to it’s older siblings, Stax and Boondocks.

It wasn’t the perfect burger; the meat was a little heavy on the pepper and not enough salt, but it was good enough for me to want to return when in the area and craving a nice-sized burger. BW also ordered the LARGE portion of fries with this (and a bottle of water lol to balance it out?) and my goodness, I’ve never seen so many fries before!

The total bill amounted to around £22 for two people so approx £11 each, including drinks and service. The service was quite slow, given that the restaurant was completely empty on a Saturday afternoon, and I did balk a little when I saw that the tiny burger cost £5.50, but I guess that would be a given as normal gourmet halal burgers cost £8 upwards! The decor and vibes of Famous Flames was really, really cool and retro, and it is my favourite branch of the Feed Your Soul group!

Did you know Boondocks have a special iftar menu? Read about it on my guide to Ramadan in London 2017. 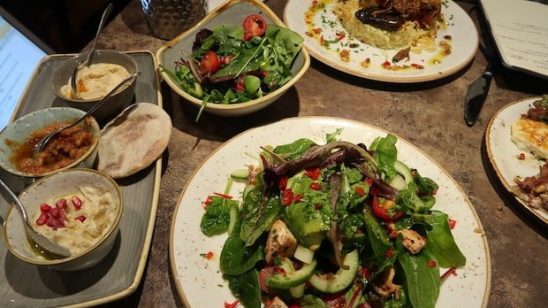 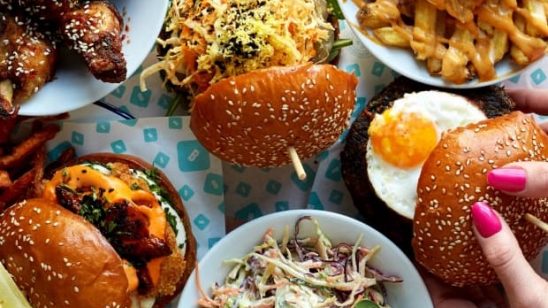