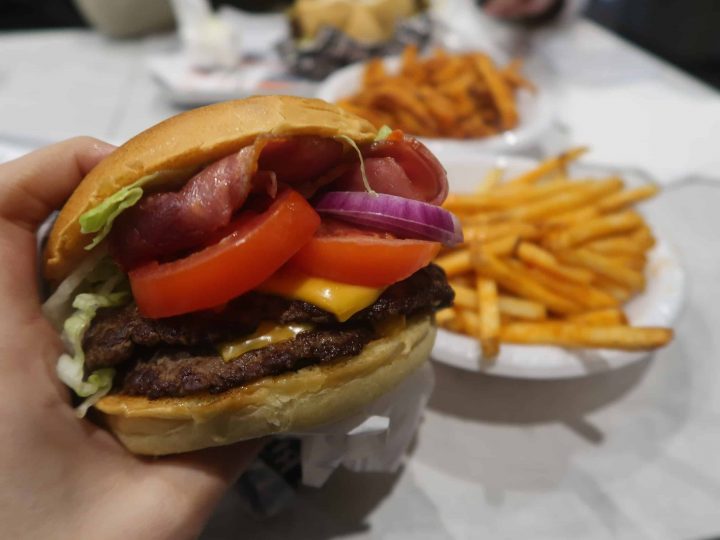 If you’ve used my UK halal directory before (it’s pretty good, you should check it out), you’ll notice a big gaping hole in East London. Okay, it isn’t that big, but there are a lack of reviews over there, especially in the Walthamstow and Ilford areas. I can’t help it though; East is soooo far (over 50 minutes!) away from me. So what happens when a brand new burger joint, Built Custom Burgers, pops up in Ilford? Hmm, maybe I’ll visit when I’m in the area. What about when there is chatter of it being one of the best halal burger in London? Ha, I just had to go.

Built Custom Burgers is a “build your own” concept brought to London from the States. You have an array of toppings, from pickles to sautéed red peppers, and numerous sauces too. Think of it as the Subway of burgers.

The Food at Built Custom Burgers

I kept it simple and opted for a classic double beef burger with gooey melted American cheese in a brioche bun. From the toppings, I added Built Sauce (the house sauce), onions, pickles, tomatoes, and lettuce. Well, it looked pretty tasty when unwrapping.

It was a different story upon biting in. The beef patties were lacking in seasoning, and although this was  almost made up for by the various condiments, the flavour and quality of the patty reminded me of a burger from the local kebab shop. In no way is that a bad thing, I do love myself a dirty burger once in a while, but for a restaurant that promises “quality ingredients”, I felt a little betrayed.

The turkey bacon they had used was very, very good as were the fresh salad condiments and tangy house sauce. The brioche bun was nice and squishy, but the bottom bun started to fall apart quite soon into the meal.

Feroz (from Bake Street) went for a real zinger: a veggie vegan patty in a gluten free bun with guacamole, sautéed mushrooms, and Swiss cheese. Yup, the most Hackney hipster combination of them all. The vegan veggie was actually not bad; a deep fried patty made with a combination of shredded vegetables and some kind of grain to bind it all together.  The toppings, on the other hand, were not so great; the guacamole was not fresh and the sautéed mushrooms had little flavour. That said, the gluten free bun that enclosed it all was one of the better GF breads I have had (good news BW!).

Unfortunately, the tater tots were unavailable for the day so we opted for sweet potato fries and sweet sriracha fries, which arrived in plastic bowls.

The sweet potato fries were not fresh, needed a lot more time in the fryer, and lacked in much needed seasoning.

The thin-cut potato fries had been coated in a thin ketchup and sriracha sauce combination. The fries needed to be crisper and the sweet chilli sauce that they had doused on top fell flat in flavour.

The total bill amounted to approximately £22, including drinks and service, so £11 each. I do understand that Built Custom Burgers could be considered good value for money: the burger starts at £5.99 and you have an unlimited option of toppings. Having said that, paying £11 for a below average burger with sub-par fries is hardly good value in my books, and I much rather pay more of a premium to have a better quality beef burger at other halal burger establishments. I liked the novelty concept of building your own burgers, and it would be fun to try out the numerous combinations, BUT it was not worth the journey for me!

What are your favourite restaurants in East London that are worth checking out? Leave a comment below and let me know!

Built Custom Burgers wasn’t the best halal burger in London for me, but you can read my ultimate list of the top 5 over here! 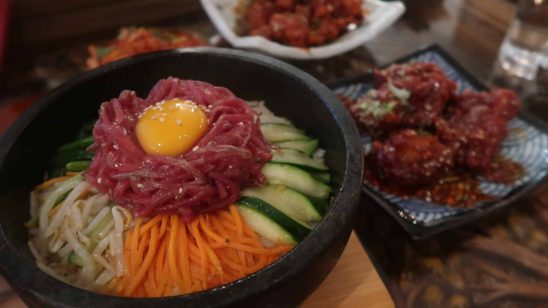 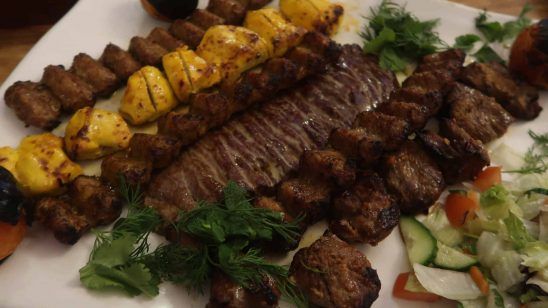