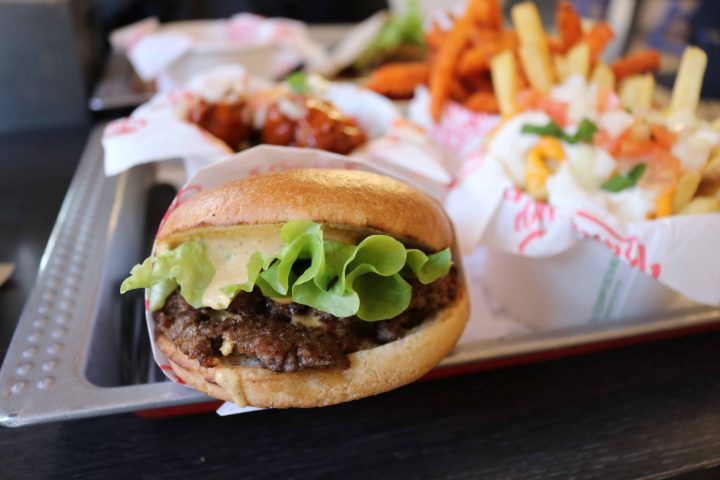 A few weeks before Ramadan started, BW and I decided to go visit all our friends in the suburbs before his parents came to visit. As we were going to be in the area, we thought we would check out Two Buns, a burger joint that has been keen for me to visit them for a while. We parked the car, paid via phone for parking, had our meal, and what we thought was a reasonably priced meal became £60 more expensive as we saw a big, fat yellow ticket plastered on our car! To add insult to the injury, we had been ticketed a full two minutes before it became free. Gah!

Back to Two Buns, they were anticipating my arrival and greeted me like this:

We ordered and waited for our food to arrive.

I opted for this double smashed patty burger that had been topped with American cheese between each layer and sandwiched in a premium bun. Sadly, the bun was far from premium and was quite hard, whilst the patties had become extremely dry and lacked seasoning. A shame as their burgers had been highly recommended by many. The accompanying beef bacon was extremely salty and we opted to leave it out.

Similar to my “Better Burger”, BW’s Shroomster came with swiss cheese and mushrooms in a creamy sauce, except he took his own gluten free buns. Although the addition of the mushrooms were a nice touch, the creamy garlic sauce was missing and they needed to be sauteed for longer in more garlic to really make it stand out. The swiss cheese was deliciously creamy, however did not add much to the dry and under seasoned patties.

Boneless chicken bites that had been deep fried and doused in a buffalo sauce. The quality of the chicken was good, juicy and incredibly tender, however the buffalo sauce was a let down and lacked any of that familiar tangy heat that hits you at the back of the throat. In fact, these were more masala-y than buffalo which was a shame. Their regular potato fries topped with cheese, garlic mayo, and plenty of spring onions and tomatoes. Although, the menu stated that they were handcut with skin on, these seemed to have been cooked from a packet and finished off with the toppings. They were a good accompaniment to the burgers and I particularly enjoyed the cheese that they were smothered in. The SWEET POTATO FRIES [£3.50] did not seem fresh and instead were from a packet. They were in need of seasoning and a longer time in the fryer.

The total bill for two came to £30.30, including drinks, so around £15 each. This was definitely one of the cheaper halal burger meals I’ve had with a double burger costing as little as £6, whilst other gourmet burger joints charge £10 for a single patty burger. However, I was disappointed in my meal at Two Buns; it wasn’t bad, by all means, but definitely requires some fine tuning to make it a good burger.

By the way, we ended up contesting the parking ticket and received an apology! HGAT – 1, Harrow Council – 0!

Disclaimer: I was invited to dine at Two Buns and received a 10% discount off my bill.

For other halal burgers, please see below: 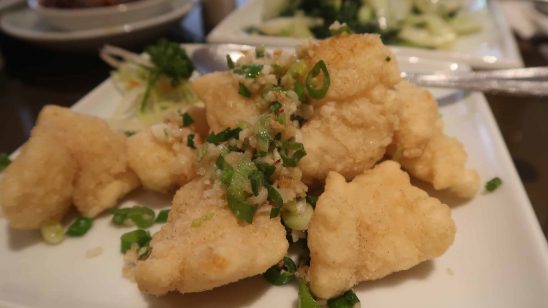 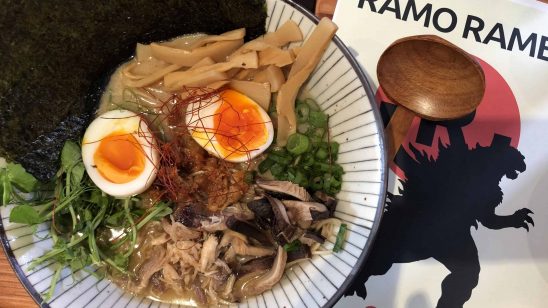